Subscribe to Our Newsletter
By fearfuldogsPublished On: March 18th, 2013 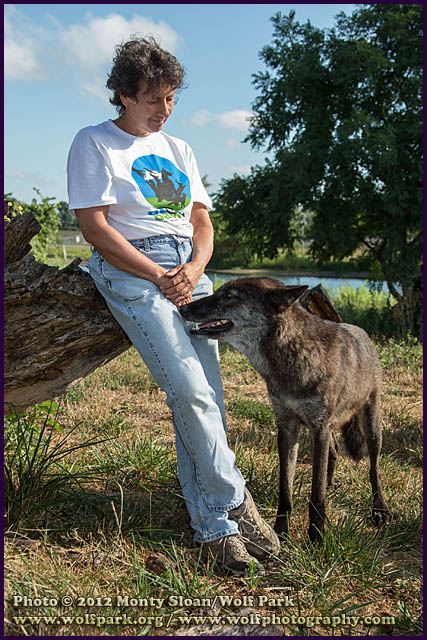 I recently had the unfortunate, albeit educational experience of being on a radio show with three other dog trainers. When asked if we’d ever been bitten I recounted the story of being bitten when I was a kid, another trainer spoke of his experience with sharp puppy teeth and his nose, but it was the last trainer whose response was most disturbing.

This self-proclaimed dog whisperer boasted- there was no disguising how proud she was- that she has been bitten countless number of times with varying levels of damage sustained. She considered being bitten a badge of honor and her creds for working with aggressive dogs. “Unless you’re willing to get bitten you shouldn’t work with them,” she declared. This I realized was what she thought separated her from other trainers, what made her better than other trainers, but to my ears it rang out incompetence. It was teenage boy bravado.

Imagine a trainer of wild animals, most of which will display some form of aggression toward people if they feel threatened, bragging about the number of times the lion bit them. If you work with wild animals these are not the kind of stories you necessarily live to tell. Most dog trainers do survive bites but that has more to do with the dog’s intentions, not the trainer’s skill. That being bitten by a dog poses less risk to us is no excuse for shoddy training. “Why,” I wanted to ask her, “If someone can train wild animals without being bitten, can’t you do it with a dog!?”

Her cavalier attitude toward being bitten also belied either naivete or ignorance about what happens when a dog, who might otherwise not have bitten if handled properly, does bite. Anyone adopting out a dog, is obligated to share a dog’s bite history with potential adopters. To not do so sets them up for being found liable for gross negligence should the dog bite someone in the future and the dog’s bite history becomes known. Imagine you’re visiting a shelter and all things being equal you can choose from Fluffy who has never bitten anyone and Lassie who bit his previous owners and the trainer brought in to work with him. How convincing will the guarantees of Lassie’s successful rehabilitation be? I am not saying that Lassie can’t be rehabilitated or that even nice dogs don’t have good reasons for biting sometimes. There are shelters with a policy of simply not adopting out dogs with bite histories, period.

We know that all dogs have the capability to bite. Depending on either inclination or size, one dog might do more damage than another. Simply putting their teeth on a person is not necessarily the only piece of information we have to decide whether or not they’d make a good pet for someone. Early on in our relationship I grabbed Sunny’s harness and he spun around and bit me. My hand was in his mouth and his teeth were on my hand. I sustained no injury, not even a dent or bruise. I was relieved for that reason, and also because it showed me that he had a high level of bite inhibition, meaning, he could control how hard he bit. He was giving me information, not picking a fight. From his point of view, I was probably the one doing that. Some dogs don’t have good bite inhibition and this is very difficult, if not impossible to change.

This trainer’s attitude was distressing and frankly, warped. Imagining that being bitten by dogs gives you some kind of caché, that you speak about it proudly on the air, says loads about your skills and relationship with dogs. Why brag about making a dog feel so threatened that they bite you? What does this prove? That you’re tough? That you’re in charge? That you don’t take any crap from a dog, a dog who is most likely reacting out of fear? Thinking that you have to be able to accept being bitten as a part of the process of training and rehabilitation indicates a lack of understanding about that process. Expecting that bragging about it should raise people’s opinions of you is pathetic. Sometimes I can’t help wishing that instead of whispering these trainers would just stop talking.