Subscribe to Our Newsletter
By fearfuldogsPublished On: November 15th, 2010 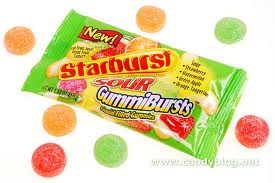 Sometimes I have the fun of confirming for an owner that the dog they have recently rescued is a star. I had initially dreaded meeting McGregor, but he quickly became one of those ‘other people’s dogs I wouldn’t mind having as my own’.

A friend had recommended that McGregor’s owner bring him by for an evaluation to see if he could board with us. The owners weren’t sure about him, he had a dog friend he played with but he had been ‘aggressive’ toward other dogs when out on leash walks. I ask a lot from my own dogs having other dogs staying here with us that any dog being added to the mix should not be one they have to worry about. On-leash aggression does not necessarily indicate that a dog is dangerous but I wasn’t sure if McGregor’s behavior was limited to the leash.

The owner thought that he was afraid of other dogs and if that was the case being on a leash around them could have caused the reaction she was seeing. I prepared for their visit with a pouch full of smelly treats, gates were in place, I had a long line ready and put a can of citronella spray in my back pocket, just in case.

McGregor was a Petfinder find, chosen for his looks, a reason I understood immediately. With a broad spaniel head and black rimmed eyes, a shiny red gold coat, and an extra long white-tipped toller tail, he was a sweet faced, handsome dog. The fly away hair on his long ears gave him a bit of a clownish cast, something I did not mention to his owners for fear of it not being taken for the compliment it was. He also turned out to be a dog who knew how to make good choices when it came to interacting with other dogs.

McGregor had the in-your-face exuberance of a young dog. Sunny loved him instantly, initiating a game of chase around the yard that had me smiling and praying everyone’s knees survived the fun. Finn the border collie tolerated his advances but quickly ignored him as if to say, “Yeah yeah kid now out of my way so those people you brought can throw my frisbee.” Annie the cocker would be the ultimate test. I watched as McGregor made the wise decision to opt out of the interaction he had initiated with her, showing what was an impressive amount of self-control in the process. I wanted him.

So what about his reaction to other dogs when he was on a leash?

When a dog’s experience with other dogs has primarily been to play with them, or in the case of young, energetic, social dogs, it should come as no surprise when they see another dog their thoughts turn to the potential fun to be had. But in the real world, when out walking on a leash, meeting or seeing new dogs often means nothing more than a passing raised nose air sniff and a ‘maybe another time’ glance. I suspected that this was not something that McGregor understood.

If every time you were standing in the grocery store check-out line you bought a candy bar for your kid, and then one day decided that practice was going to stop, would the ensuring whining, pleading and pouting come as a surprise? It shouldn’t.

Giving our dogs the opportunity to play with other dogs is a great thing, but dogs also need to learn that sometimes they can’t have the candy, even if it is right in front of their nose. I suspect that McGregor is going to turn out to be an even more awesome dog than he already is. Annie may even help him learn that it’s best to avoid some candy altogether.