Getting It Our Way

Subscribe to Our Newsletter
By fearfuldogsPublished On: March 17th, 2014

I was having a conversation recently with parents about hitting small children as a disciplinary action. These were by almost anyone’s definition good parents. They loved their children, took great care of them, fed them well, played with them, read stories, and did all the things we would recommend parents do with their children. They also happened to think it was ok to hit them, or use the threat of being hit to get them to do what they wanted them to do. The force of the striking would be considered “low” and from what I saw caused less physical pain than it did fear and upset. I would add that these parents would not hit their dog, send their children to a daycare where children are hit, nor would they hit anyone else’s children. They were also hit by their parents. 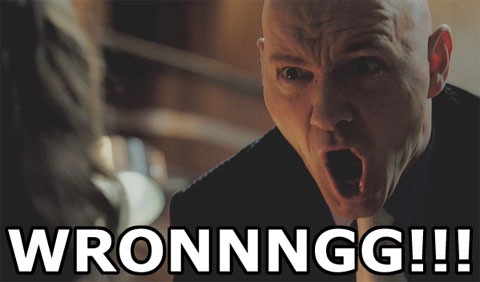 As a childless person I know that my opinions on child rearing are considered to be lacking crucial pieces of information, chiefly, not having experienced what it’s like to live 24/7 with a being who is primarily only concerned with doing or getting what they want however and whenever they want it (though one could make the case for that being true of many of the adults they live with and certainly the dogs). I have however spent decades traveling with groups of students ranging from grade school to college age, and think I understand the level of frustration one can feel when faced with trying to explain “why” to a brain that is not fully developed or operating under the influence of newly flowing hormones.

In justifying one’s use of hitting there seem to be categories. The first and most often touted is based on ensuring the safety of the child. Running into the street or sticking a fork in an outlet are obvious reasons in the safety category. And no doubt the emotional distress of the parent witnessing the event might make them more likely to lash out to get a point across. But when safety is at stake we generally find it more effective to prevent bad things from happening rather than rely on punishing after the fact.

What I observed was that majority of the threats of being hit or spanked were because the child refused (or in some cases was not prepared-they were distracted or paying attention to something else) to respond to a request- stop banging on the window, stop chasing the cat, put that down and come over here, hold still while I put your shoes on (I’m already late for work as is!), stop fighting (which should create a huge wave of cognitive dissonance), etc. Parents often resort to using physical force or violence (though in this instance there was never any actual physical harm done to children) to get their way. At what point does a parent decide it’s time to stop hitting children in order to get them to start or stop doing what they want them to? When the parent’s argument for a behavior is able to be processed and accepted? When the child can defend themselves or retaliate?

I empathized with these parents. Our culture does not do a very good job of preparing us with the tools to solve conflicts. We are all too willing and ready to use punishment when rules are broken. We are not given the skills for identifying ways to set up children to be successful or to interrupt inappropriate behavior without creating further upset. I know that in many households the pressures parents are operating under are great. People struggle to do and be the best they can. Few would deny that they want to live in a peaceful world, some would argue that there are times when resorting to force are justified. Even though I can understand the motivation to use force, coercion and physical punishment, I struggle with accepting that its ever appropriate when dealing with populations that are entirely dependent on us for their survival, are incapable of defending themselves, or are already feeling afraid and threatened. And yes, I’m talking about dogs too.