Subscribe to Our Newsletter
By fearfuldogsPublished On: August 16th, 2009

Over the years I’ve been working with my own fearful dog and learning about fear based behaviors and how to change them, I’ve corresponded with many others who are doing the same. There is something to be learned by each of our experiences with our dogs and Veronica’s post addresses many of the important components of how to go about helping a fearful dog. Veronica is the owner and Canine Clicker Trainer at V’s Cloud 9 K-9 LLC. 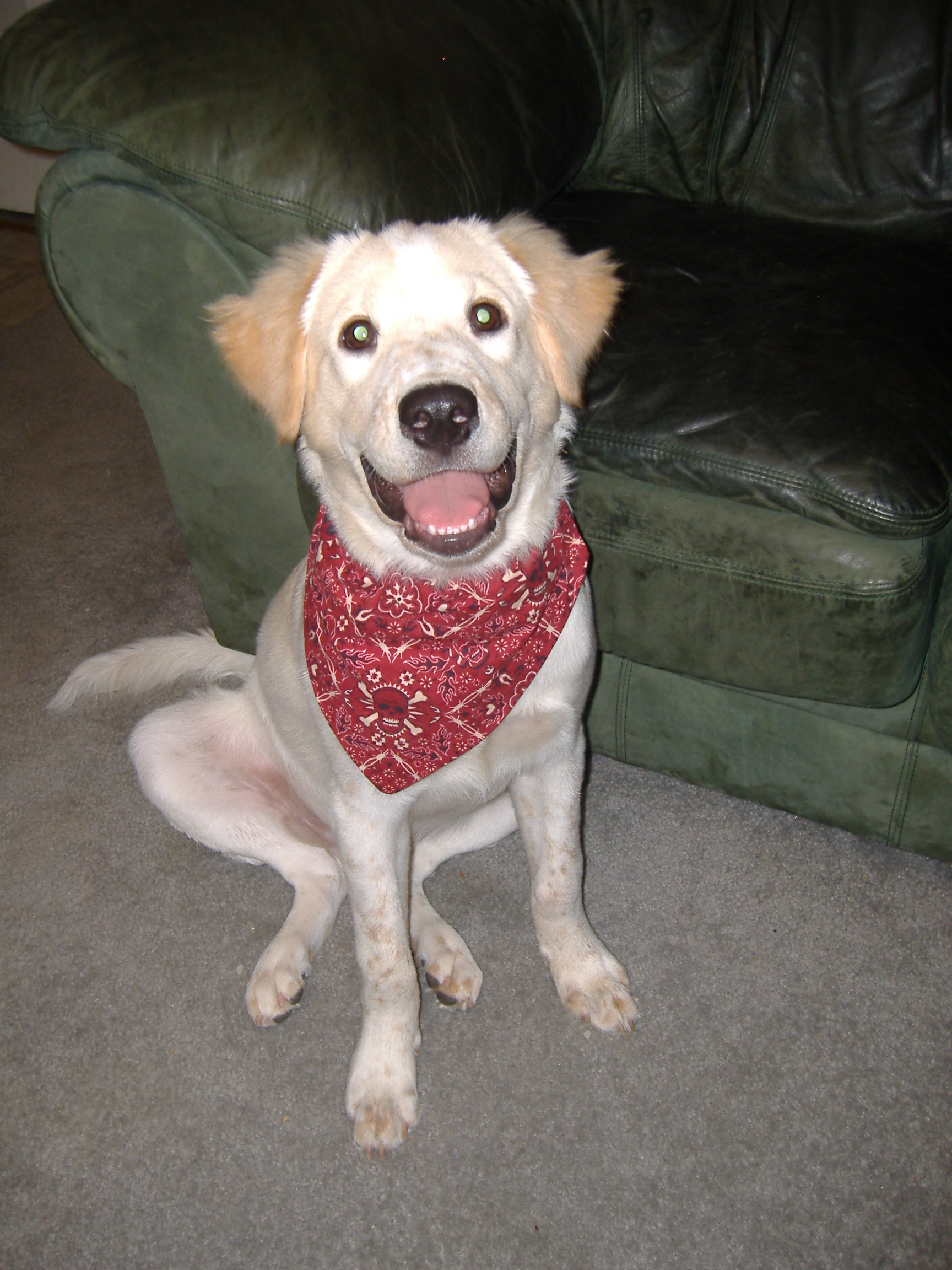 I recently took in a puppy, a golden retriever mix, which was abandoned on the side of the road. He was found covered with blue paint ball paint and oil. He was very reactive to people, especially children and men with tattoos. I focused on counter conditioning him to various situations in combination with TTouch. I’ve been working with him for about two months and he is now approaching people with an open mouth, wiggly butt and showing more confidence. This includes men and children. He will still bark at some men, however, he is able to refocus and adapt within a few seconds. He is not the same frightened little puppy I first met.

I combine clicker training with TTouch TM in some cases for fearful or reactive dogs to change the emotional state and help the dog gain confidence. I first start by determining what triggers the dog and what its threshold is. You always want to work one step below the dog’s threshold where he or she will accept treats. In this case I began clicking him and giving him treats every time he turned to look at a person in the distance. I would click him before he had a chance to react. Soon the puppy began looking for people and turning to look at me as soon as he saw someone as if to say “Look, aren’t you going to click me? I just spotted a person, where is my paycheck?” This told me he was ready to move forward. And by forward I mean baby steps, always remaining just one step below the dog’s threshold. This was conditioning him to see people as a positive event vs. a negative one.

I would also use other distractions, such as having him target my hand, look at my eyes and target my shoe when I could not control the distance from people passing by. What can I tell you, it doesn’t matter if you put a vest with big letters on your dog that says “DO NOT TOUCH, I’M IN TRAINING”, people see a fluffy puppy and lose their reading and listening skills. In some instances I was forced to get up and start walking in the opposite direction as if we were going to play a game of chase. It’s important to use the “Jolly routine” in these instances so your dog doesn’t feel that you are running from danger but because we are going to go play. I was also using TTouch on his ears, mouth, head, tail and neck. In the beginning I also used a wrap to help ease tension on his hind quarters. People that met the puppy before the training tell me that he’s not the same dog.

I hope this information helps someone else out there with a fearful dog.