Subscribe to Our Newsletter
By fearfuldogsPublished On: November 22nd, 2010 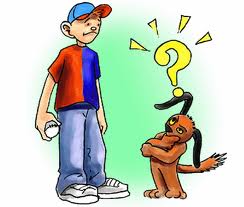 I often wonder why people are so quick and ready to choose coercion* as a method for dealing with their dogs. Perhaps we believe that they are not smart enough to learn any other way. But I think that one of the main reasons is because their behavior often makes us angry or frustrated.

When I walk a dog on a leash who pulls it really bugs me. I do not like to be dragged along nor do I like to feel like ‘the help’ at the other end of the leash, there for the sole purpose of taking the dog outside. When I reach for something on the floor and a dog gives me a hard eye stare and begins to grumble I think, “What the heck? My house, my stuff buddy.”

I spend a lot of time thinking about why dogs do the things they do and how to change the things I don’t like (along with figuring out how to get them to do things that delight me, such as getting my cocker to rest her head on her front paws on cue). After my initial emotional response of “How dare you!” I have a list of alternatives I can try to get the dog to comply, or more accurately to teach them the appropriate response to me asking them for the marrow bone which is starting to chip and I’d rather was thrown away.

The choice to use compulsion or coercion is often based on the sense of immediacy we feel, and which may at times be justified. “Drop that box of rat poison now!” But more often than not, what we require from our dog does not have a ticking time bomb attached to it. This is especially true with many of our fearful dogs. If a dog ‘must’ become a stable, socially adept, fearless dog in under 30 days (or whatever time frame has been assigned), I would question the understanding of the basis of fear based behaviors which the handler has. One of the only regrets I have in regard to the way I handled Sunny was that I was not patient enough, and that I forced him to do things which to this day I can see the negative impact of.

At a Clicker Expo I lingered after a presentation by Ken Ramirez, the head trainer at the Shedd Aquarium in Chicago, to ask him a question. “How,” I asked, “Do you get a wild animal to trust you?” He told me that they use a process of counter conditioning and desensitization that starts with only a small amount of exposure to a trainer, who presumably is a cause of fear for the animal. No animal is forced to do anything and the only punishment is the withholding of a reward should a cued behavior not be performed. Why then, I wondered, do we think that we need to use force to work with our dogs who have generations of genetic coding which make them even more likely than a dolphin, to want to associate with us?

Now, instead of fuming and saying, “How dare you!” I take a breath and ask, “Why can’t you?” when it comes to dealing with changing my dog’s behavior. Often the answer I get is, “I don’t know how….yet.”

*Coercion (pronounced /koʊˈɜrʃən/) is the practice of forcing another party to behave in an involuntary manner (whether through action or inaction) by use of threats, intimidation or some other form of pressure or force. Such actions are used as leverage, to force the victim to act in the desired way. Coercion may involve the actual infliction of physical pain/injury or psychological harm in order to enhance the credibility of a threat. The threat of further harm may lead to the cooperation or obedience of the person being coerced. Torture is one of the most extreme examples of coercion i.e. severe pain is inflicted until the victim provides the desired information. From Wikipedia