It’s In Their Head!

Subscribe to Our Newsletter
By fearfuldogsPublished On: May 23rd, 2009 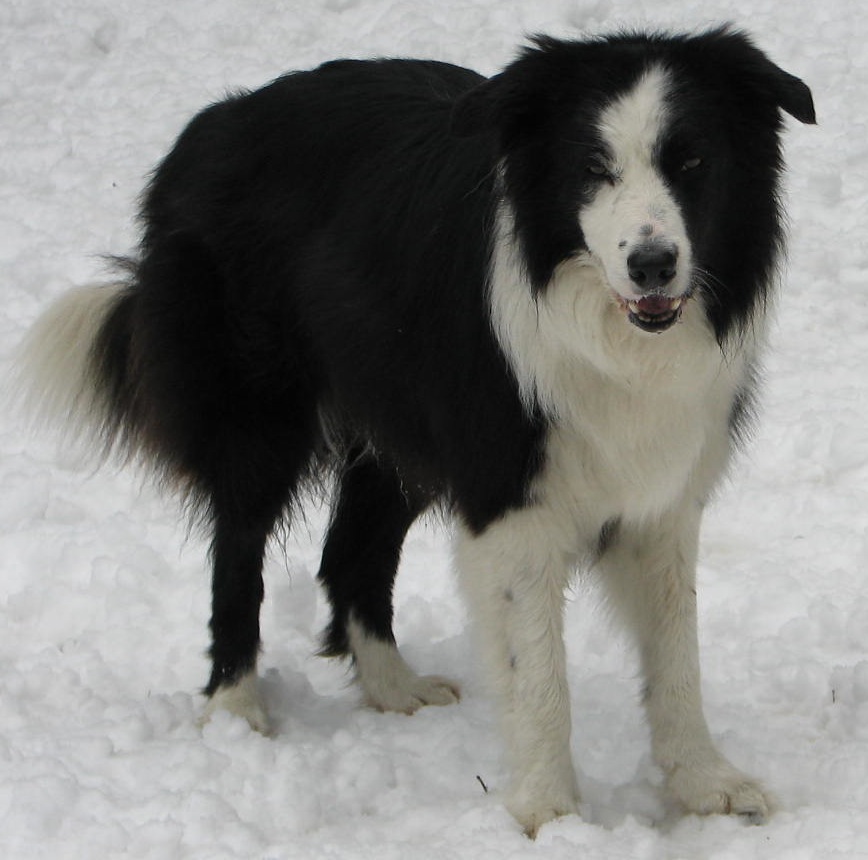 It would seem that many of us put more thought into what color we’re going to paint a wall than we do into thinking about what dog to live with for the next 15 years. I’m not pointing fingers, I am right in there with the best/worst of them. When trainers want a dog to work as a service dog, or search & rescue dog, or scent detection dog, or herding dog, or obedience competitor, they carefully consider the temperament and physical capabilities of dogs they adopt or purchase.

Compare that to how many of the rest of us choose a dog:

“Oh my god she looks just like Muffy, the dog I had as a kid!”

“Now that is one good looking dog.”

“Awww he’s so sad and scared in there.”

“Check out the bold one running around with the toy!”

“A dog would be good for the kids.”

Is it any big surprise when we get home and discover that the dog we’ve chosen may not be the best choice for how we live and what we expect of it? Heck we even do it with the people we choose to include in our lives, but that’s for someone else to blog about.

My parents may have wanted a kid that could be a classical pianist but they got a kid whose claim to musical fame was that I was able to learn to play ‘Love Story’ really fast. Perhaps, given the right motivation, time and training, I might have been able to become a concert pianist, we will never know, it turned out that neither my parents nor I really cared all that much about a possible career for me in playing the piano. I’m glad I had the opportunity to learn to play, such as I can, because I think it was good for my brain to practice and learn the skills involved in learning to play even easy pieces of music, fast.

When we find ourselves with a fearful dog it can be disappointing and frustrating. The puppy or dog that was afraid of most everything when its life included only a dozen different things is now afraid of most everything when its life includes hundreds of different things. The dog I’d hoped would join me for swims at the nearby pond can barely tolerate the ride in the car it takes to get there, never mind that the presence of other people is going to dampen his enthusiasm for getting out of the car once we do.

One of the most important and helpful steps I took in regard to my scared dog Sunny was to understand that for whatever reasons he ended up living with me, a good or bad decision on my part, his fears are quite literally, all in his head and it’s not his fault. For me to do anything that scares or hurts him is not only counter productive, it’s just plain mean.

If you took a baby and kept them tied to a chair until they were two years old, during the time when they learn to walk (and I am not suggesting that you do this, even if you feel like it sometimes), when you untied them not only would they not be able to walk, their brain would be different from the brain of a baby that had been able to move, practice and learned how to walk. A whole bunch of brain circuitry would have been created for ‘walking’. A similar sort of thing happens when a dog does not experience variety and novelty during the time when its brain is learning to deal with new stuff, it’s brain doesn’t have the wiring in place to deal with ‘new stuff’. And if that dog was startled and scared on a routine basis, then its brain would develop some very nifty circuitry that caused it to repeat the behaviors it practiced when it was scared. Well… maybe not so nifty.

It happens that brains, both dogs’ and humans’, are remarkable organs, their ability to change and compensate is astounding. I read a story awhile back about a man who it was found, was missing portions of his brain, a congenital deformity which no one was aware of until he was an adult. He had lived a fairly normal life, different portions of his brain had developed the ability to take over tasks and functions that they might not have otherwise developed the ability to do, had the entire brain been present.

What does this mean for our fearful dogs? To me it means that a dog that was not properly or appropriately socialized needs to change its brain in order to behave and react in ways that we want. The fact that they don’t or can’t is not their fault, it’s just the way their brain works. The process of training or rehabbing them involves encouraging and promoting this change. The same is true for dogs that have learned fearful responses to situations, they too need to change the way their brain responds and reacts. To expect this to happen quickly or easily is to set them up for failure and to set ourselves up for frustration and disappointment. Some changes many never occur, there are no guarantees.

I have come to accept that some of the expectations I have for Sunny might never be realized. I also have seen how given time and training he has made strides and improvements. He has learned skills that make both of our lives easier, less stressful and downright fun at times. It’s not his fault that he does not have the brain to deal with certain people or situations, my goal is to help him develop it to whatever extent is possible. In the meantime, he’s not playing any concertos, but we do make some beautiful music together.