It’s So Not About The Food

Subscribe to Our Newsletter
By fearfuldogsPublished On: June 21st, 2012

The resistance to use food to train dogs is among one of the challenges reward based trainers face with pet owners. Nevermind that state of the art, modern animal sanctuaries, zoos, research labs and amusement parks use food rewards to train animals, dog owners find the idea of giving their dog something other than a pat on the head, to get behaviors, aversive. Their reticence is an indication of their naivete (I’d say ignorance but I don’t want to offend anyone).

Recently I had the opportunity to meet with the devoted owner of young dog. As a pup the dog was rescued off the street where she was not likely to survive for long. On her own and suffering from a nasty case of mange she was nursed back to health and has a life many humans would envy. Her owner has very clear requirements for the dog’s behavior and his clarity has helped create a dog who understands what is expected of her in many situations.

When people know you are a dog trainer it’s not long before they show off all the ‘tricks’ their dog has learned. What I see is often the same, a dog who has been able to ‘figure out’ most of what their owner is trying to get them to do, but it involves lots of repetition and escalating voices. I respond by breaking out the treats. By rewarding the dog quickly during or immediately after the requested behavior we can get faster, cleaner, more reliable responses from the dog. Unconvinced the owner commented, “Of course she’s doing what you ask, you have food.” For an inexplicable reason the shouting and repeated requests were preferable to handing the dog bits of cheese.

It is true that food is a powerful motivator of behavior. If it wasn’t we’d all still fit into our the jeans we wore in high school. Initially it would appear that the only reason the dog was enthusiastically performing ‘tricks’ was for the treats. But to believe that this is the only reason dogs will do what we ask of them, is to be missing important and key elements of the interaction.

Learning is rewarding, it has to be or species survival becomes unlikely. As a child I could spend hours learning how to perform new physical skills, walking on stilts, jumping on a pogo stick, twirling a hoola hoop. These skills might seem irrelevant to my success as a human being, but the motivation to learn how to do something new, and do it proficiently is how cures for diseases, new computer operating systems, and more efficient ways to grow vegetables are born. It ‘feels good’ to learn new skills.

The science of animal behavior has demonstrated that the reward takes second place to the anticipation preceding it. This means that the bigger hit of ‘feel good’ happens before the reward is in their mouth! Making this an even more awesome process the anticipation of a reward increases when there is a degree of uncertainty as to whether it will occur or not.

As or more important than the food treat is the interaction the dog has with its human. That dogs find the engagement in a social relationship with humans rewarding is what makes them unique among animals. Many of us enjoy the companionship of our dogs when we are doing nothing more than lounging on the couch watching television, and observation of our dogs would lead us to think that many of them enjoy it as well. If we can enjoy each other when we are doing ‘nothing’ it’s not a stretch to think that they also enjoy being with us when we are doing ‘something’; walking, tossing balls, chasing and playing, and yes, training! The food is a tool we use to help the dog build new skills and responses.

Of course the idea that it’s not the food can only be true if a dog has enough to eat. Unfortunately this is not the case for many dogs. In the past two years through the “Write a Post, Help a Dog” initiative at BlogPaws, PEDIGREE® and bloggers have united to generate nearly 650 blog posts to raise awareness about commitment to adoption and encourage everyone to help feed shelter dogs in their local communities .

Last year, each participating blog generated one 20 pound food donation to shelters affected by Hurricane Irene for a total of 2,980 pounds of new PEDIGREE® Dry Dog Food . Food donations are delivered to shelter and dog rescue groups in times of need with the help of Rescue Bank, a National Pet Food Distribution Program for Animal Rescue Groups and Organizations. All qualifying shelter and dog rescue groups are encouraged to apply for donations at www.RescueBank.org.

This year PEDIGREE® is donating one 17lb bag of dog food to homeless animals for every blog post written (like this one!). Join us in this blog hop and help feed a dog so they can move on to learning about how fabulous it feels to have a home, be cared for and learn new tricks.
Once you’ve written your post visit this page and add your blog to the hop! 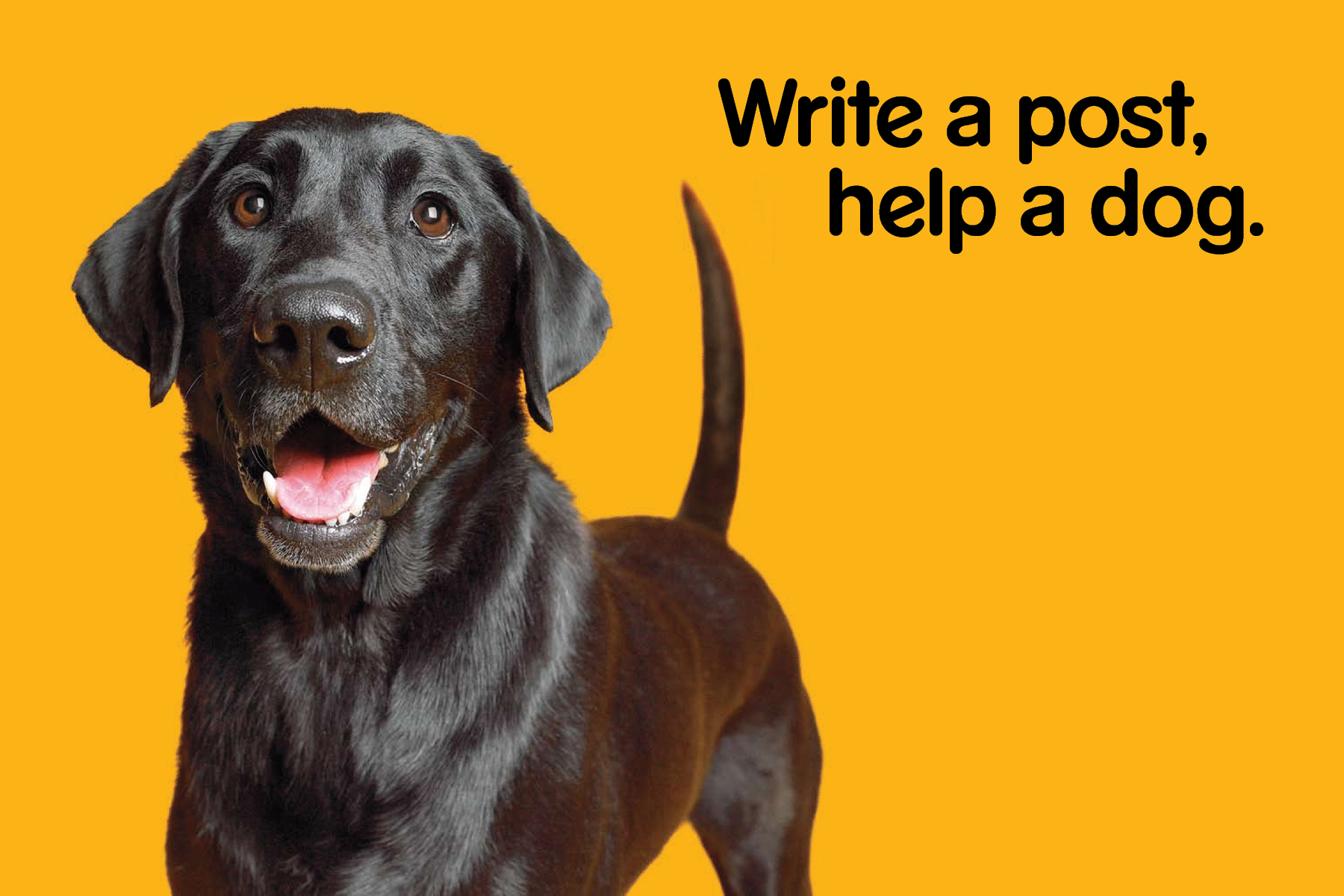