It’s what I usually do

Subscribe to Our Newsletter
By fearfuldogsPublished On: November 17th, 2010 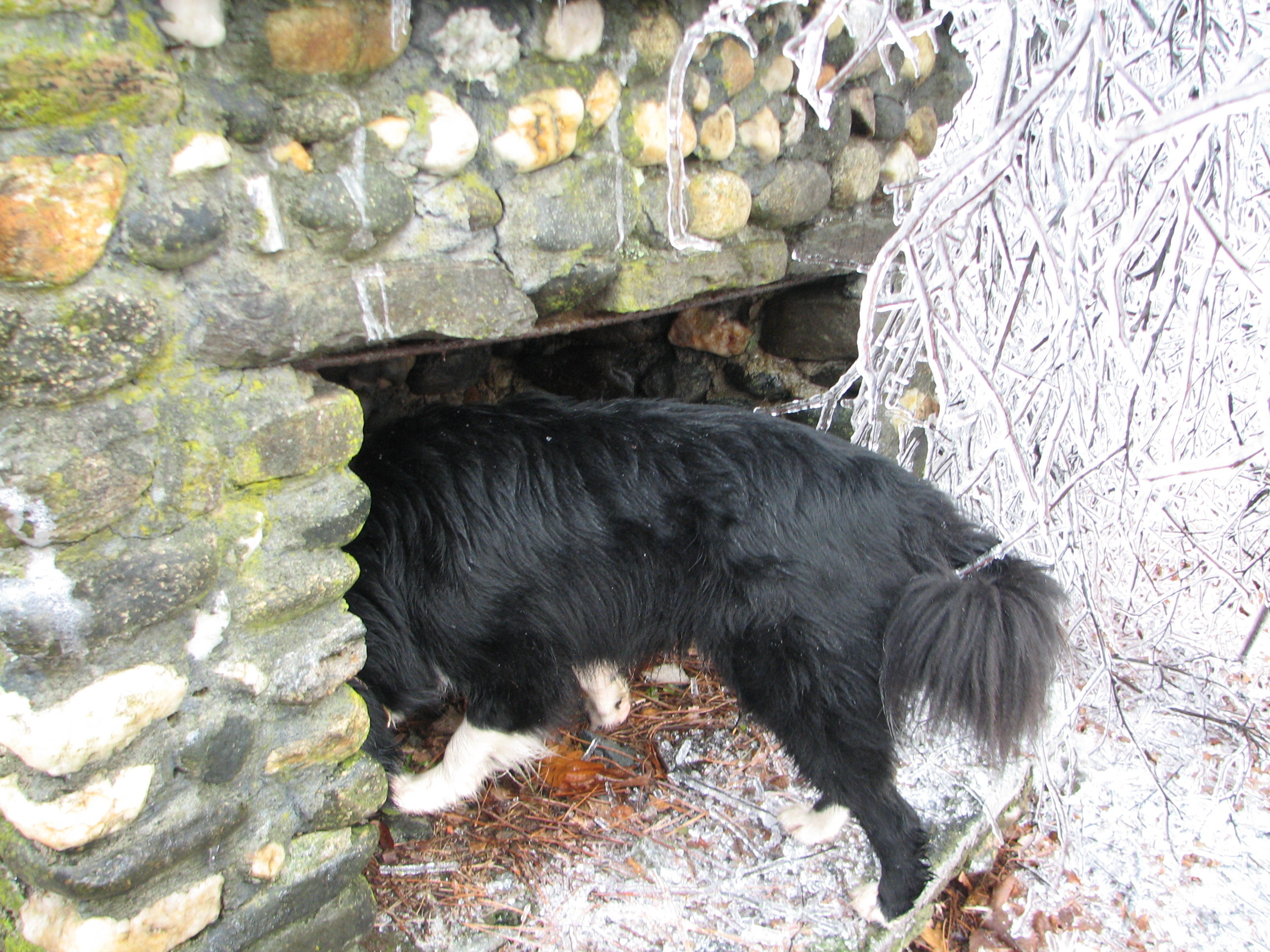 Sunny checking out the fireplace after an ice storm

Daily I head out with the dogs for a walk through the woods on trails not far from our house. Old carriage trails, built by the farmer who had his homestead at the top of the hill to get down to the river road and into town, wind through what were at one time pasture land. Now forested with pines, oaks, maples, ashes and hemlocks, each trail has its attraction. One leads to an old cabin site at another summit, its stone fireplace all that is left standing amidst the debris of the fallen down structure. The remains of a shoe from the early 1900’s appeared one day (perhaps uncovered by the explorations of a 4-legged critter) and I placed it under the cover of the fireplace for any other, though likely rare, visitor to enjoy. My regular route is a loop which heads up to an old apple orchard, down through a red pine forest and across two streams which the dogs especially enjoy.

It’s a running joke in our house for my husband to ask me which route I took on my walk, because my reply is most often the same, “The way I usually go.” I am a creature of habit, some good, some bad, some I’m not quite so sure why I bother with them. At one point I decided that walking up the mountain was easier if I traveled counter clockwise on the loop. Why I should persist for this reason doesn’t make a lot of sense when I also go the gym during the week for a ‘workout’. The difference between clockwise and counter clockwise is probably not that great. It’s just what I’ve gotten into the habit of doing.

One of the best ways to create a new habit is to start doing it. If I floss my teeth before I go to bed each night for a week straight there’s a good chance that I’ll floss my teeth on night number eight. I stand a better chance of creating a tooth flossing habit if I make it easy to do it, the floss is in the bathroom and not out in the car. I buy the kind that slides easily so I don’t have to wrestle it out from between my teeth leaving shredded bits behind to drive me crazy.

If I mention to a friend that I am trying to cut back on eating sweets and pastries, imagine what I’d think if she suggested that we meet for lunch at a local bakery. Or if a friend of mine says he’s going to quit drinking, why would I offer to meet him at a local bar after work? Yet we often do this to our dogs, we set them up against so much temptation, or competing stimulation that they are doomed to fall back on their old, well rehearsed, inappropriate routines.

Helping my dogs build new habits takes time, repetition and the same kind of commitment it takes me to get to the gym a few times a week. Changing what we ‘usually do’ is often just a question of getting started, making it easy to succeed and discovering the reward in the habit.