Subscribe to Our Newsletter
By fearfuldogsPublished On: September 26th, 2011 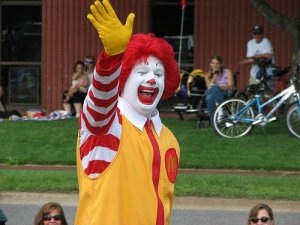 There’s an article in this weekend’s New York Times, in the Week in Review section if you care to read it. It compares the costs of fast food vs home prepared meals. There were some who argued that the challenge of getting people to stop eating fast food was the cost. Being less expensive it made sense that people would choose it, except that it isn’t less expensive. It isn’t less expensive at the outset, in the actual dollars spent to purchase the food, nor is it less expensive down the road when the cumulative effects of high fat, high sodium, low fiber begin to exact their cost to our health. The cost to us is in time and the energy required to purchase and prepare it. Some would insist that it is this lack of time in our modern day schedules that promotes trips to the drive-thru, until you look at the numbers of hours we spend watching TV, updating our Facebook status and lord knows, writing blog posts.

Quoted in the article is Dr. David Kessler former commissioner of the FDA and author of “The End of Overeating.” Dr. Kessler’s book is a must-read for anyone battling a food addiction and an important read for dog trainers as well. The first part of the book details studies done with animals to determine how behavior is affected by reinforcement. They were the studies that helped trainers understand how the delivery & quality of reinforcement impacts whether or not a behavior is repeated consistently or not. Or if the behavior is maintained. The reinforcement used in the studies was food.

Take a peek into any training chat group or forum and you will witness the continuing battle being waged about whether or not it is wise, effective, ethical or faster to use punishment to get behaviors from our dogs. Punishment by definition decreases the likelihood of a behavior being repeated, but for many trainers and pet owners punishment is used to attempt to increase behavior, that behavior being something other than the behavior they have punished the dog for performing. It’s a backward approach that works often enough for people to keep using it. Knee Fido in the chest when he jumps on you and it’s likely he’ll stop jumping and do something else. If he’s lucky that something else behavior is one you approve of or else Fido will be subjected to yet another form of punishment until, if he’s willing to keep trying (and let’s face it, dogs don’t have much choice in the matter if they want to keep being fed), he finally comes up with something that passes muster.

In the article the author poses the question about our behavior in regard to the consumption of ‘junk’ food-How do you change a culture? Dr. Kessler’s response was this-

“Once I look at what I’m eating and realize it’s not food, and I ask ‘what am I doing here?’ that’s the start. It’s not about whether I think it’s good for me, it’s about changing how I feel. And we change how people feel by changing the environment.”

This change will lead to healthier and less costly food consumption habits. I am going to take this and stretch it a bit. Let me rephrase his statement this way-

“Once I look at what I’m doing and realize it’s not training, and I ask ‘what am I doing here?’ that’s the start. It’s not about whether I think it’s good for the dog, it’s about changing how they feel. And we change how dogs feel by changing the environment.”*

We change their environment by removing the risk of being forced, intimidated, scared or hurt. We ensure they always feel safe and that making the right choice is easier than making the wrong one. It may not always seem easy to do, but in the long run it’s the healthiest choice to make. Fearful dogs live with more stress then is good for them, no reason to supersize it.