Just what is it we expect?

Subscribe to Our Newsletter
By fearfuldogsPublished On: June 15th, 2010 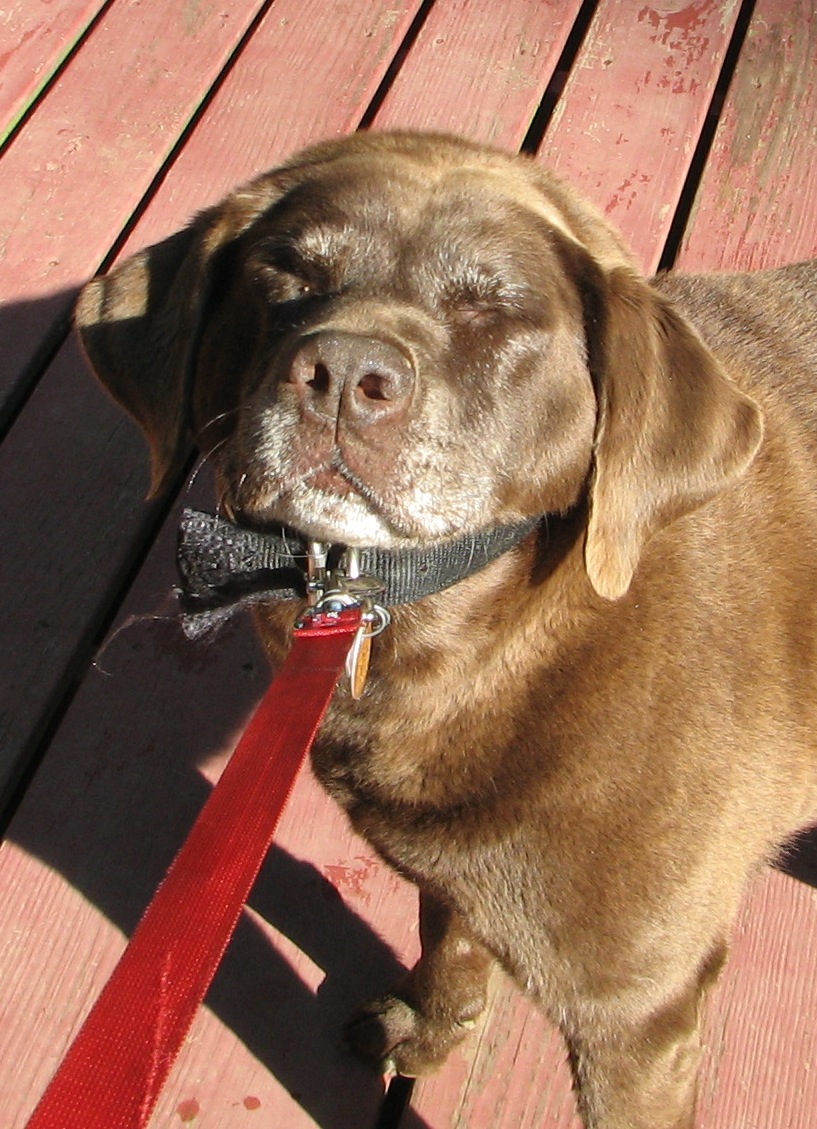 My border collie has a high tolerance for pain. When his attempt to herd an SUV a couple of summers back proved to be a dismal failure, I was amazed and at the same time heartened to see his tail wag as I carried him into the vet’s office- a hind flank degloved, opposite hind leg broken, fractured pelvis and other lacerations- when the staff greeted him. Shock was likely providing him some degree of numbing, but it still couldn’t have felt good. Keeping him from overdoing it on any limb that has shown tenderness is a challenge when the opportunity to run after something presents itself. Unlike my cocker who when sore or injured would scream in anticipation of the pain.

So I was surprised when Finn the border collie snapped at the vet’s hand when he was having stitches removed from a paw pad. I was equally surprised by the vet’s response, she shouted at him and popped him on the nose with her fist. It wasn’t her physical response that surprised me, it must be tough working with clients who can send you in for stitches yourself, and I’ve had knee jerk reactions when scared by a dog, but rather it was her emotional response that surprised, and disappointed me. She was angry with him.

More than the reprimand and even the pop on the snout it was her lack of acknowledgment that he had a good reason for his behavior that didn’t sit right with me. I’m not making excuses for my dog’s behavior, I don’t need to, he didn’t do anything wrong, though he did do something we didn’t like. He applied a controlled ‘bite’ to try to stop something that was painful to him. After suffering through several stitches he couldn’t tolerate it anymore. He needed a break and this was his way to get that point across.

I communicated recently with a woman who was having trouble with her dog on walks, he would stall in certain places. A physical exam showed no apparent reason for the dog’s reluctance and hesitation to go for walks, and the fact that he was a fearful dog led us to assume that something was scaring him. The concepts of desensitization and counter conditioning were explained but the owner was concerned that her dog might just be being ‘stubborn’. What did she mean by that?

When people use ‘stubborn’ to describe their dog (or other animal for that matter) they typically mean that they can’t get the dog to do what they want it to do. Just because she couldn’t figure out why the dog was behaving the way it was didn’t mean the dog didn’t have a reason for choosing one behavior over another. We don’t have to like or support whatever reason that may be, but we sure as heck need to accept that it’s important enough to the dog to affect his behavior.

Why is it we seem to expect things from our dogs that we don’t even expect from ourselves or other people? When working with fearful dogs it can help if we change our thinking by changing a few letters in our assessment of their behavior. It may not be that they ‘won’t’, it may be that they ‘can’t’. Instead of being upset and punishing the ‘won’t’,  help them learn new skills so they ‘can’.