OK so I lied

Subscribe to Our Newsletter
By fearfuldogsPublished On: May 19th, 2010 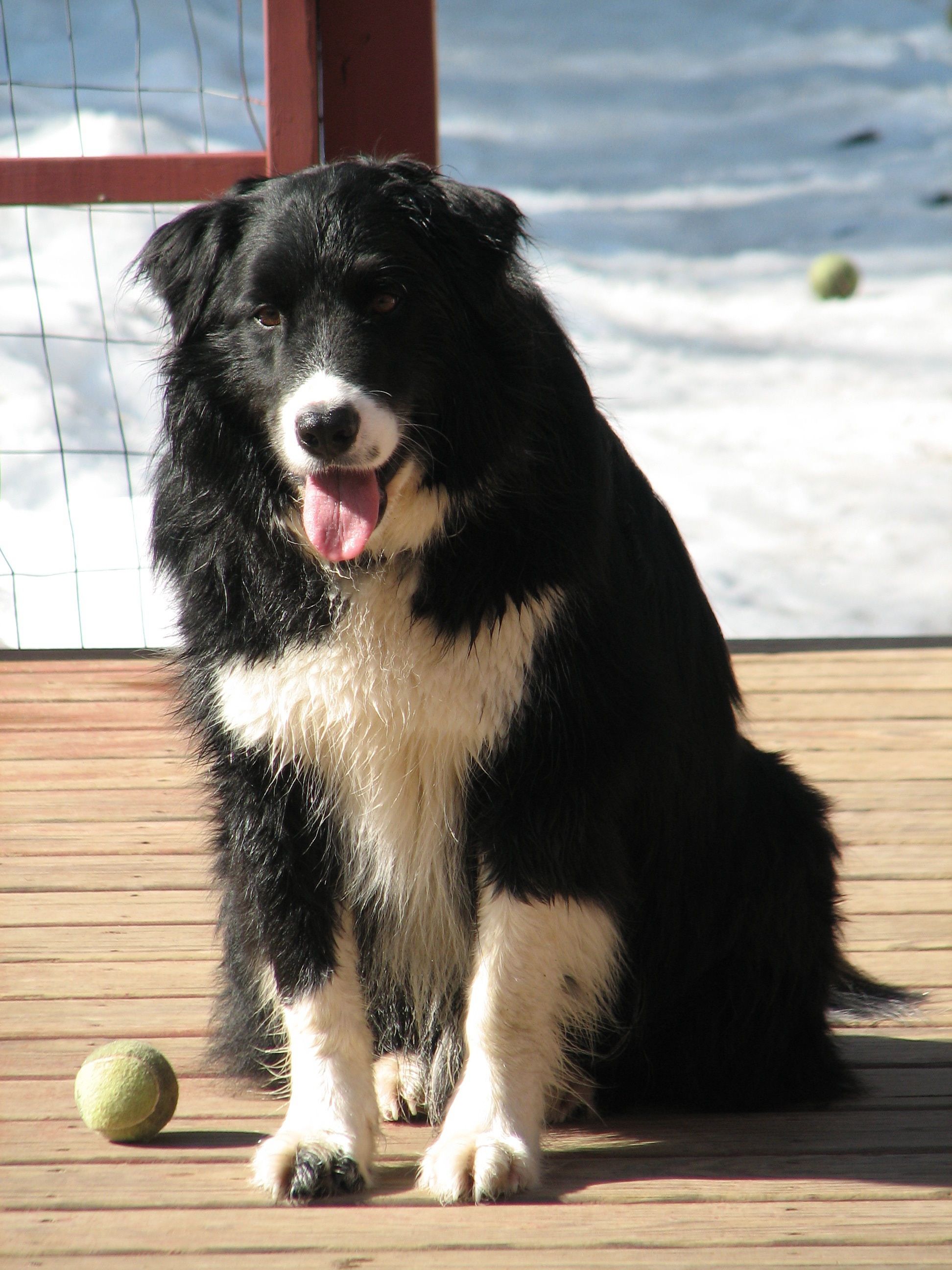 After Sunny had lived with us for several months and it became clear to me, after he escaped from the house once, and again from a friend’s fenced in yard, that Sunny was not going to go far, I let him be my ‘wild boy’ and spend most of the day off leash outside. At the time we didn’t have a fence and I’m not recommending that other folks do this, it’s just the choice I made given our set of conditions. I’d tried a tie out but he moved as far from the stake as possible, sat down and didn’t move for hours. I spent $100 on supplies and installed a cable run for him and the first time the pulley moved Sunny went down like a marine in boot camp slithering under barbed wire. He couldn’t even walk under the cable when he wasn’t connected to it.

Sunny didn’t have a recall and to catch him entailed long walks late at night and trips down to the river so he could get enough ‘happy’ flowing for me to get close to him. If the idea of putting a long line on him has crossed your mind, I had indeed tried it. The thing about Sunny was that he knew exactly where the line was, and if he dragged a 5 foot length on the ground he made sure to dance 6 feet away from me. The longer the line, the further he stayed away from me. Eventually I settled on a length that touched the ground and had an extra foot to spare. There was no chance I could get to this line on dry land, but down at the river I would play Sunny’s favorite stone tossing game and position myself downstream of him so the rope floated to me. Sunny figured this out as well, but in his enthusiasm to chase stones I could usually trick him into believing that I was reaching for a stone and not the rope. Once caught Sunny headed home with me as if it was his idea all along.

During the day Sunny sat perched on the hillside behind the house, too frightened to go near the cars or people passing by. If I went outside and began tossing balls or frisbees for Finn the border collie or headed off for a walk, Sunny came bounding down the hill, his tail waving like a flag, his mouth open, tongue flopping as he ran. He was happy and I was happy seeing it. Sunny’s idea of the game was to snatch the ball or frisbee before or away from Finn and then run back up into the woods and deposit it in one of his stashes. Routinely I made forays to search for toys as Sunny followed along, seeming to enjoy watching me hunt for his treasures.

One afternoon after a long woods walk and some ball playing I wanted to get Sunny inside. I didn’t like leaving him out alone when I left the house. He didn’t seem inclined to follow the car and on my return I always found him perched on his ledge waiting, but being able to get a dog inside when I wanted to seemed a reasonable enough goal. Before I continue I must emphasize that living with a dog that does not have basic social skills for interacting with people is exhausting. So many of the simple behaviors we take for granted, even in dogs that are not well-trained, were not part of Sunny’s repertoire. It hurt me to see Sunny unable to approach me, or step inside a doorway, or exit the house without a panicked dash. Some days I felt like Effie in Dream Girls ready to belt out ‘YOU’RE GONNA LOVE ME!’. It just wasn’t going to be that day.

I knew I was getting frustrated. I knew I should have just quit and left, done what I had to do, but as I stood there, tennis ball in hand, Sunny anxious for me to toss it, but flitting away with any movement I made toward him, I did something that I regretted even before the results of it were apparent. I threw the ball, but I threw it at him, not for or to him. Both of our eyes went wide when the ball hit him smack dab in the middle of his forehead, a feat I probably could not have succeeded at had I been aiming, and I doubt I could accomplish again. “S**t,” I thought to myself, I’d gone and done it now. All the months of trying to get this dog to trust me and I go and lob a ball at him.

As Sunny stood there, frozen but ready to run, he watched me, the question of what to do next probably weighing as heavily on his mind as it was on mine. In those slices of seconds my mind raced, how could I salvage this situation? I decided on a tactic that had worked, possibly too often, when I was a teenager, I decided to lie. I looked him right in the eyes and said, “Well, GO GIT IT!”. And Sunny, bless his heart, lingered a moment longer and then he too made a decision. He decided to believe me and ran off after the ball.