Subscribe to Our Newsletter
By fearfuldogsPublished On: April 24th, 2013 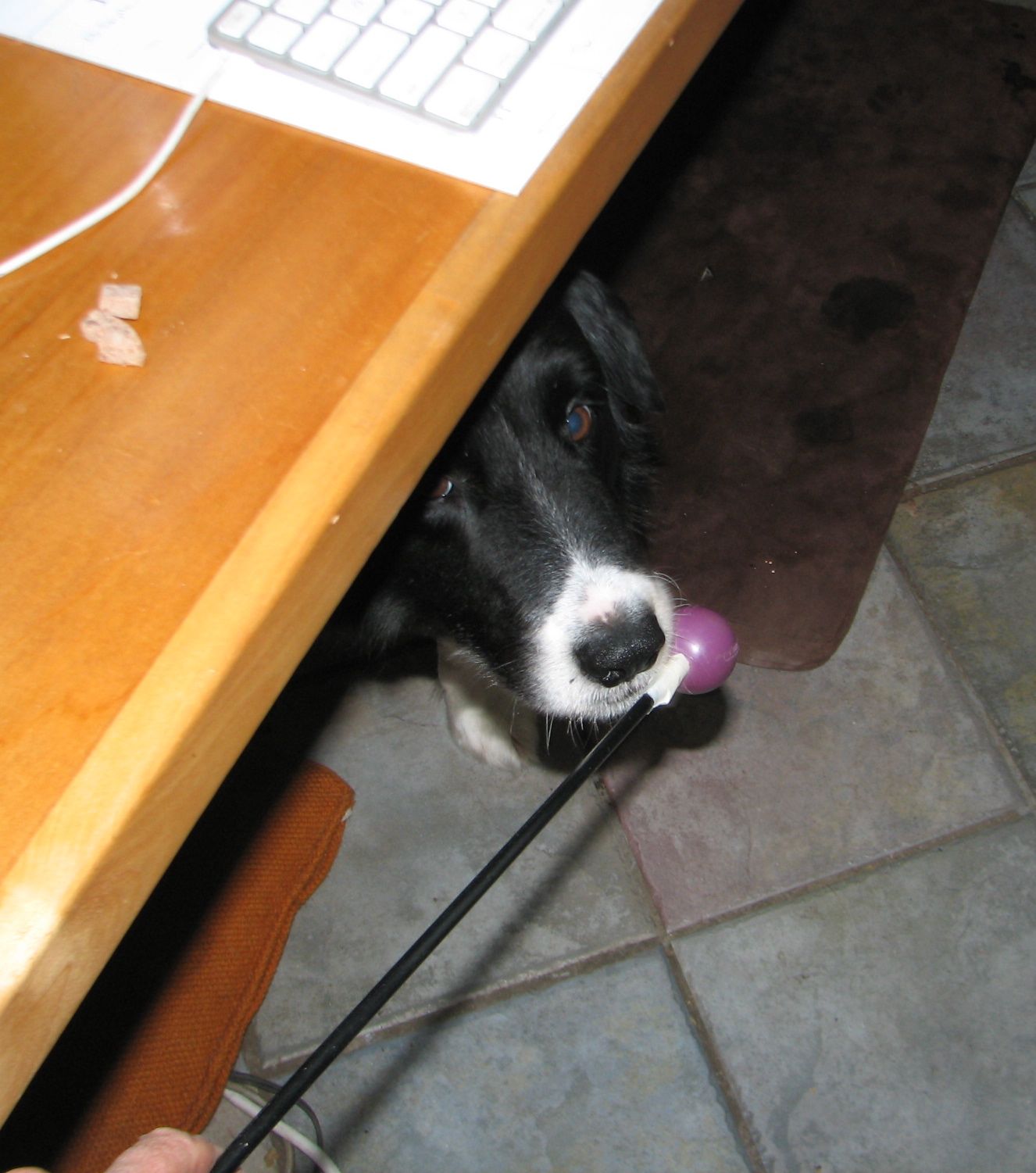 After years of flipping through the magazines strategically placed at the check-out in grocery stores, it was impossible not to notice that generations of young women are being schooled on how to apply mascara, bake a no-fail chocolate cake, and on what turns men off, assuming any of this matters to them. The faces on the covers have changed, but the information hasn’t since any of these topics were new to me, decades ago. I understand that while not news to me, it is news to some.

With that in mind I am going to revisit the “reinforcing fear” topic. I should explain that the idea that we reinforce fear in dogs by doing anything even remotely “nice” or pleasant to them, is a hot button subject for me. This misinformation was shared with me by a trainer, and accounts for months of mishandling my fearful dog Sunny. It was mentioned in a class I attended years before I had met Sunny, but the information stuck and shaped my interactions with him. I will never know how much this has impacted his current behavior, and I realize that hindsight is 20/20 but it continues to upset me. How much different might he be today if I had not spent months worrying about reinforcing or enabling his fear, and instead had immediately addressed his stress levels, however I needed to, to lower them? Maybe there wouldn’t be much of a difference, but I suspect there would be, hence the relevance this topic has for me.

On my Facebook page, a masseuse made brief comment that discouraged people from praising a scared dog. They didn’t explain why not to do it, but it is apparent to me why they’d say it-the reinforcing fear myth. I tried to be equally as brief in my reply and hopefully not rude but imagine if I had gone on to a page about canine massage and commented that one should not “massage old dogs.” And let’s say that there were people who thought that massage was dangerous for old dogs, that it could stop their hearts. Ridiculous you might think, but no more ridiculous than thinking you will reinforce fear in a dog by comforting them, or handing them a bit of cheese.

And why would I think that I was not qualified to comment on massage? I have after all lived with a body for decades, have had massages, my husband routinely tries to get me to massage his feet, and once I shared a house with two women in massage school. No I had not ever seen a dog’s heart stop when they were massaged, but neither has anyone seen a dog’s fear being reinforced when they are praised or comforted. A dog’s fear might have remained the same or increased when someone thought they were praising (and that praising was perceived by the dog as a reinforcer), or comforting, but that’s not evidence of anything other than that a handler didn’t understand thresholds and counter conditioning.

Not all behavior is created equal. There is behavior that is used to get something done. A dog scratches the door to get a person to open it. There is behavior that is a product of the presentation of something that creates a strong emotional response in a dog (or is part of the set of behaviors that dogs come packaged with, chasing stuff for example). This latter behavior might also produce results, a dog who is scared snarls and makes another dog move away, and dogs can get better at snarling and making dogs move away, but there is a difference between operant, the former, and respondent, the latter, behaviors. Wrap your head around this, it’s important.

If the consequence of an operant behavior is something the dog finds pleasant or beneficial, we are likely to see that behavior occur more often. If the consequence of a behavior caused by a dog being afraid of something, is something the dog finds pleasant or enjoyable, the emotional response is likely to change, from bad to good, and subsequently the behavior that it produced will change. If a kid hates going to school, we’ll probably find it difficult to get them to perform “going to school” behaviors, but if they LOVE going to school, getting them up in the morning, dressed and out the door is likely to be a different scene than for the poor kid who doesn’t enjoy it.

It isn’t easy to change emotional responses, but it is easy for someone to think they’re following the protocol to do it, and they are not. This is not evidence that desensitization and counter conditioning don’t work, just that they’re not being implemented properly.

I have not yet looked at these DVDs produced by Animal Behavior Associates, but I will be. I also will be careful about giving advice on topics I do not fully grasp, and even more careful about the advice I give when I am being paid for it.