Packing Up Their Toys

Subscribe to Our Newsletter
By fearfuldogsPublished On: September 24th, 2013 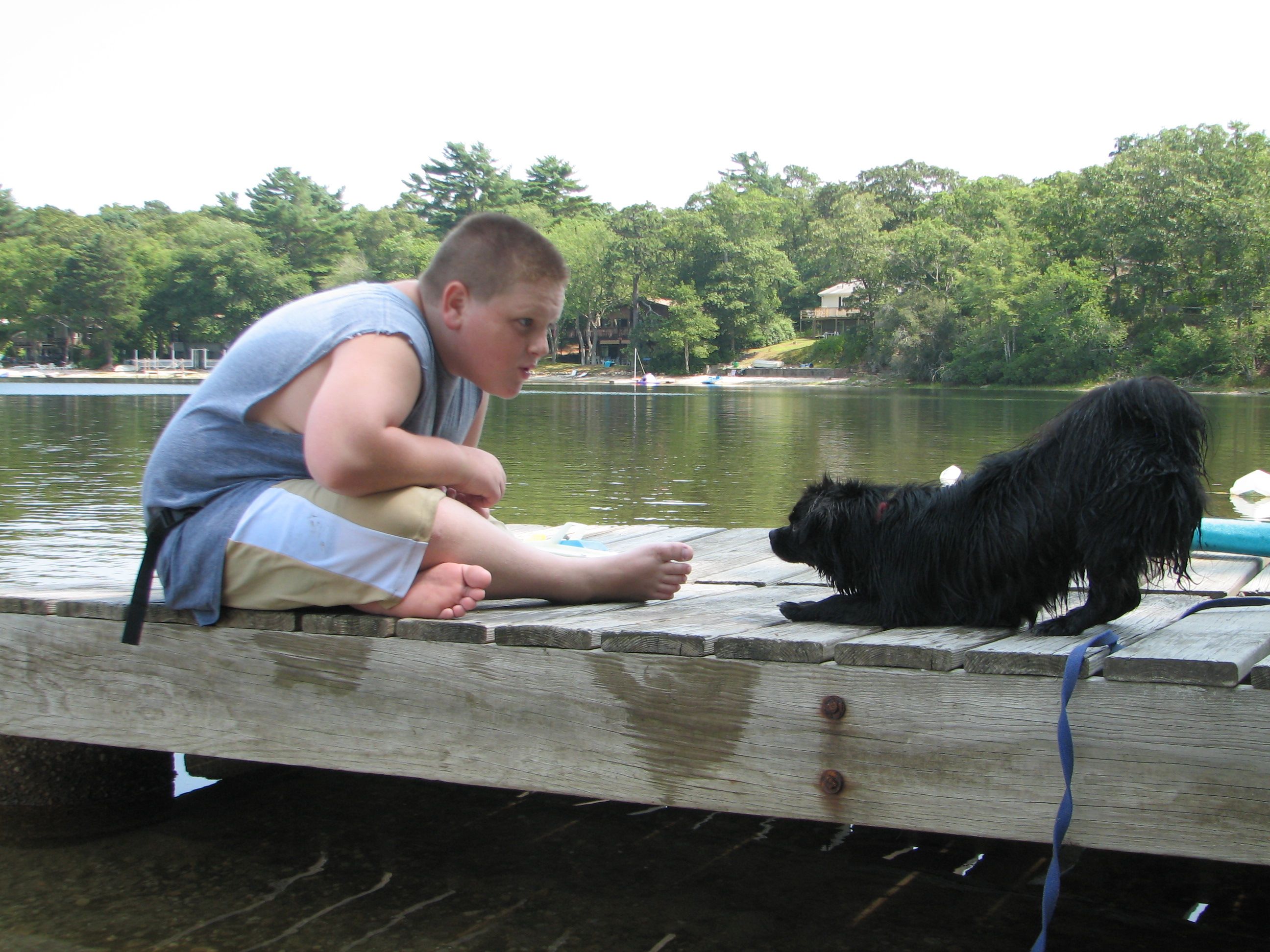 His litany of reasons for this decision included many of the old faithful, and incorrect I will add, missives regarding why force-free training and the use of food in training kills dogs. They included:

Force-free trainers sit around flipping through magazines waiting for good behaviors to reinforce while a dog gobbles down the food off the counter, chews the leg off the dining table and pees on the Oriental.

Dogs in shelters are there because their owners, patient saints each and every one of them is, never told a dog “NO!” or yanked on their leash. Never having been reprimanded the dog has become uncontrollable and dumped at a shelter.

Dogs in shelters are there because force-free trainers advised the aforementioned saints not to prevent or interrupt their dog’s inappropriate behavior, but instead to grab a magazine and wait for an appropriate behavior to reinforce with the bits of filet mignon they are schlepping about in a treat pouch. That studies of dogs left at shelters have shown that upwards of 94% of pet owners never even consulted with a trainer about their dog’s inappropriate behavior is insignificant. Of the 6% (or less) of the pet owners who did contact a trainer all were handed a clicker and treat pouch (and a magazine) and instructed on how to create a dog they will want to dump at a shelter.

As I read I kept waiting for “SURPRISE! only kidding.” I am not going to walk away from shelter dogs for similar reasons that boys walk away from their sports team, because someone (who never knows as much as they do) decided to let girls play. Or quitting the typing pool because your typewriter is being replaced with a computer. This guy was leaving because the shelter management decided to introduce a training method that is less stressful to dogs. Full stop. Period. It’s like the fellow at a hearing about our local nuclear power plant declaring that he’s, “Lived next to the plant for 30 years and he’s ok.” But what about the spent fuel rods sitting in a pool on the property sir? Any suggestions as to what to do with them? Or someone boasting they’ve been smoking a pack a day since they were 15 and didn’t get cancer and see this as enough reason to keep on smoking and recommend Marlboros to friends.

I admit I only read the post once, glanced through the comments, shook my head and left the page. The requisite “all dogs learn differently” myth was tossed out as further evidence that one dare not attempt to use force-free methods with them. I’m assuming that this is because dogs, unlike any other organism on the planet, NEED to be trained using aversives. There were the head spinning, tail chasing comments about how trainers who advocate positive reinforcement also use punishment by depriving dogs of food treats when they don’t do the right thing, justifying the use of any number of collars designed to hurt or impede oxygen intake, or whatever form of positive punishment they prefer. Terms like “balanced” were used to describe trainers who I’m assuming do not have the mechanical skills in place to put behaviors on dogs using primarily positive reinforcement, tipping the scales to unbalanced in favor of force-free.

For those of you unfamiliar with the world of force-free dog trainers, allow me to share this with you. Many of us spend hundreds to thousands of dollars a year on continuing education. We study with some of the world’s best animal trainers. We practice the mechanical skills of training with some of the great names in animal behavior. Do you honestly think that trainers who can teach a multi-behavior chain to a chicken, hamster, fish, horse, lion or dolphin can’t teach a dog to walk nicely on leash, sit on a mat when people come into the house, watch quietly as other dogs go by, without using positive punishment? When “balanced” trainers choose to call us “treat dispensers” I want to channel Jack Nicholson in A Few Good Men and shout, “Show me some goddamn respect!”

If you want to pack up your toys and go home because the 21st century of animal training has arrived on your doorstep, go. You have as much to lose as the dogs you claim to care so deeply about.