People Can Be Amazing!

Subscribe to Our Newsletter
By fearfuldogsPublished On: March 28th, 2016 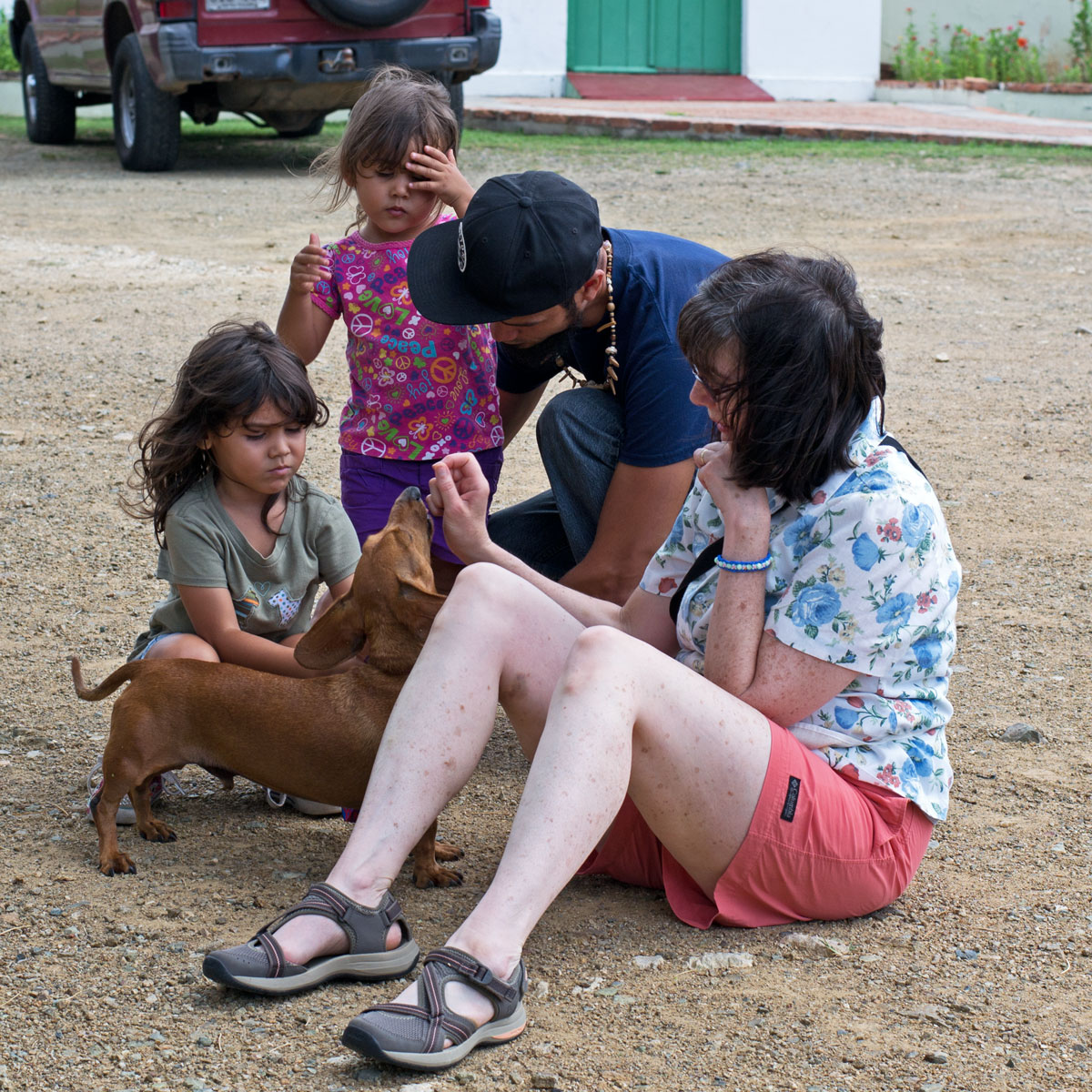 Somehow last week, while walking between the kitchen and living room I managed to misplace my wallet. After spending hours looking, clearly not everyplace, I gave up and cancelled the credit cars and headed off this morning to the Department of Motor Vehicles for a new license. It was during this early morning drive that I passed a couple walking a young cattle dog. As I am prone to do when I see children and dogs off leash, I slowed to a crawl and watched as the couple stepped to the side of the road, called their dog and proceeded to feed her treats while she sat as I passed. Along with the big grin I found on my face, I noticed that I was also getting a bit misty-eyed.

I don’t know how they knew to handle their dog this way. Maybe a trainer showed them. Perhaps a friend read something on the internet and told them. Somehow they knew the right thing to do. Before anyone goes off on the dog being off leash to begin with, I live on a single lane, dirt road, cars are few and far between, there’s plenty of warning when they’re coming, and most drivers are prepared to stop and talk to strollers about the weather or how many gallons of sap they brought in this spring. Dogs where I live belong off leash if you ask me.

Years ago after traveling to New Zealand for a job that fell through, and being disinclined to return home, I took a position selling timeshares. Despite getting spitting distance to actually making a sale, I didn’t last long. The original plan was to work as a river guide and timeshare sales was not suiting me, but I stayed long enough to participate in mandatory morning sales meetings, conducted by a fellow American (not that it matters other than you should have the accent right in your head).

“What would you do,” he asked us with a degree of seriousness that barely hid the fact that the question was rhetorical, “If you were at a party and someone started to throw up on you?”

“MOVE!” responded someone versed in the morning meeting ritual that resembled both a tent revival and rallying of the troops.

“Damn right you would! You wouldn’t sit there and let someone puke all over you, so why will you sit there when someone starts pissing and moaning and complaining about how bad things are, how everything sucks?” the head of sales asked incredulously.

Though I remember little else about my few days selling timeshares, I have never forgotten the message the head of sales was trying to get across to us, don’t let other people get you down. Extricate yourself as quickly and politely as you can, but don’t let them chip away at your resolve to do something you think is worth doing. I didn’t think that selling timeshares was worth doing, but I do think that helping people learn about the most humane and effective ways to train dogs, especially the most vulnerable among them, is.

It’s easy in the dog care industry, whether we’re into training, grooming, vetting or rescue, to be convinced that people suck, that things are horrible, and that nothing is going to ever improve. We need to be on the look out for the spew, or the chisel that many wield, it’s selfish purpose, intentional or otherwise, contributing to our losing heart in our work, and being part of the change that IS happening all around us. Something someone said or did made it possible for that young, active, herding dog to run and sniff to their heart’s and nose’s delight, and learn without being hurt, scared or intimidated.

It was a good start to the day. Now I am fully prepared for it to continue and though am not inclined to superstition, will be happy to find my wallet since I’ve gone to the trouble of replacing everything in it.