Subscribe to Our Newsletter
By fearfuldogsPublished On: September 29th, 2011 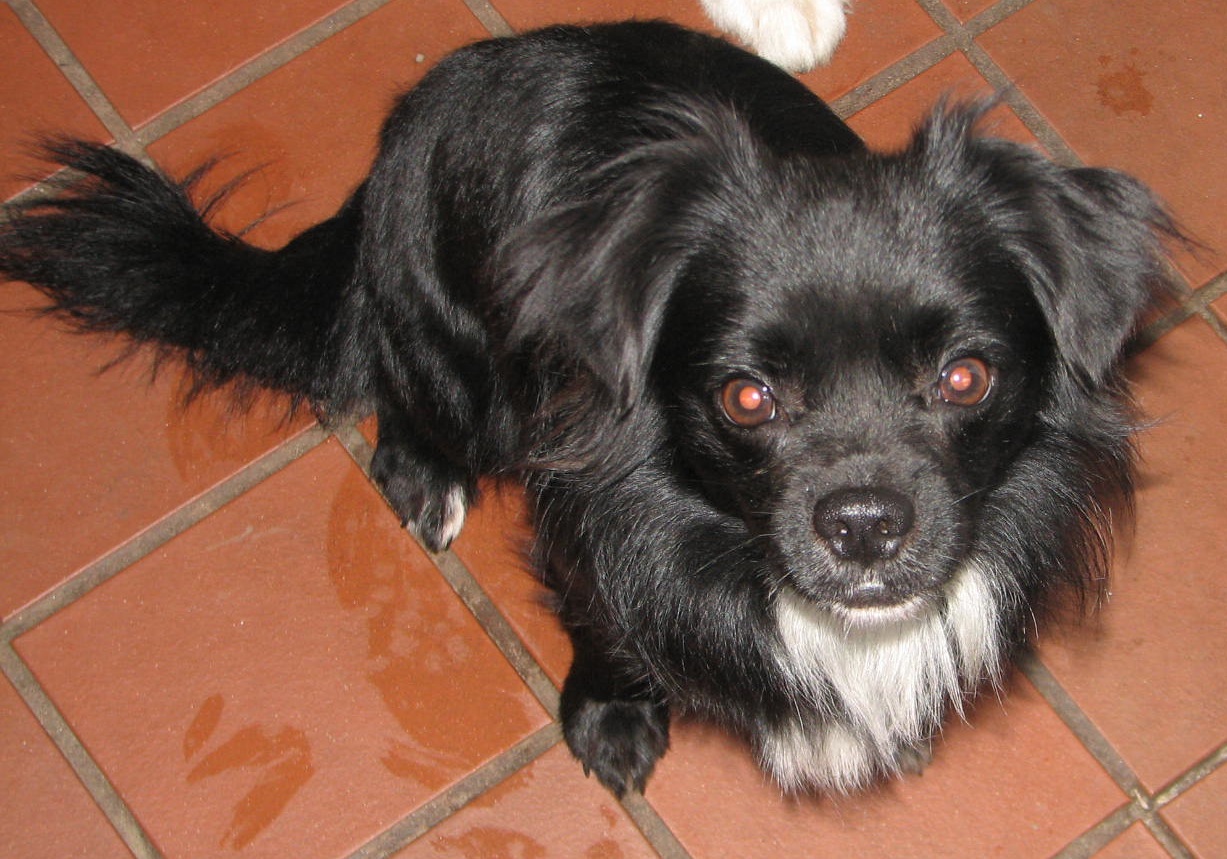 There is an emotion attached to every behavior. Sometimes it’s a potent emotion, sometimes not so much. The potency of an emotion doesn’t change given a size difference in the body experiencing it. The size of that body might influence our emotions though.

When I first stepped into the stall where Nibbles, my current foster dog, was housed along with another chihuahua named Mother, they ran toward me barking, lunging and leaping. They were not happy to see me. I felt a dump of adrenalin and I stopped dead in my tracks. Then I laughed. “Little toughies, ” I thought. I threw out some bits of cheese and backed out of the stall. I didn’t stop working with them but I started by changing their response to my entering their space.

Nibbles is a twelve-pound dog that will run and bark at things that scare him. It doesn’t look like fear, it looks like aggression. I know Nibs, and I know that there are many things he doesn’t have experience with, and that lack of experience leads to fear, and aggression. But he remains a cute, little twelve-pound dog, and doesn’t pose much of a risk to people, it would be easy to let it slide. But I won’t. Nibbles needs to have the same skills that a bigger dog needs to be safe and a canine good citizen.

When in doubt about how to respond to a dog’s behavior imagine the dog bigger or smaller. Little dogs shouldn’t need to remain fearful and without skills because they are not as much of a threat to a person or dog’s safety, as a bigger dog might be. Bigger dogs shouldn’t be roughly handled because they can be more dangerous, they too are experiencing fear, uncertainty and insecurity. When people watch trainers using choke collars on big dogs to strangle and subdue the dog, their response is often, “What else was the trainer suppose to do, get bit?” They rarely ask, “Why was the dog put in a position which caused it to feel the need to protect itself?”

Good trainers and dog handlers manage dogs so the dogs feel safe, regardless of their size. Just because we can force small dogs into situations because we can physically overpower them without cutting off their air supply doesn’t mean we should. And just because bigger dogs seem to give us the reason to use brute force to control them, doesn’t mean we should either. Whether you picture them bigger or smaller, be sure you picture them scared.