Subscribe to Our Newsletter
By fearfuldogsPublished On: January 3rd, 2012 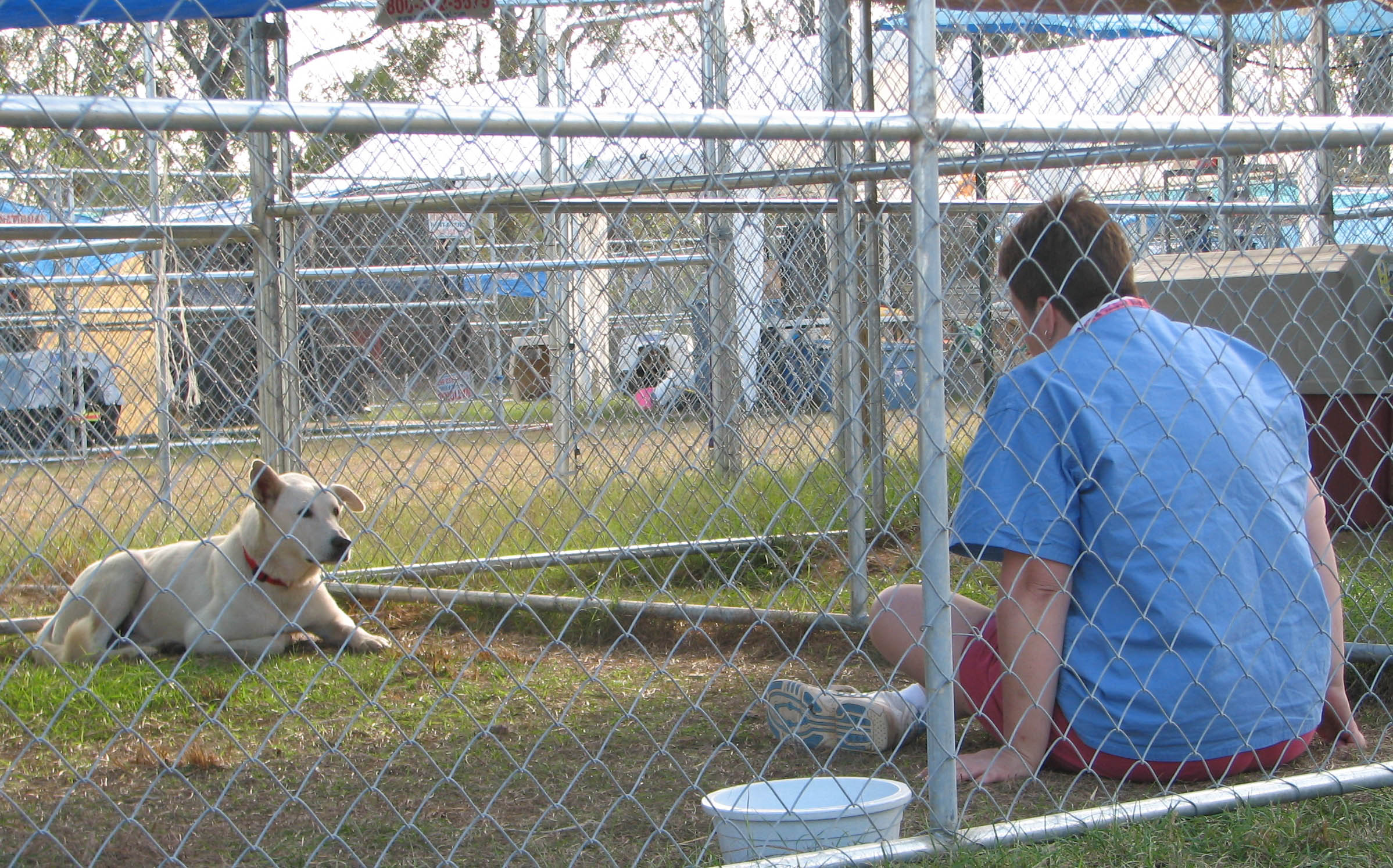 When we have a dog who is afraid of people we often focus on getting the dog to move closer to them. What we should be focusing on is encouraging the dog to do whatever makes them feel more comfortable around us. If whenever I stand up, lean or move toward a dog, and that dog moves away, I will put the moving away behavior on cue. The behavior is actually already on cue, my movement is a signal to the dog to get away from me, so what I do is change the cue. This can be helpful when we have a fearful dog living in our home with us.

To change a cue is a simple process, present the new cue then the old cue. With enough repetition the dog learns that the new cue predicts the old cue and begins to respond to the new cue as soon as it is presented. In the case of training a behavior like ‘sit’ we can eventually drop the old cue. This is a fun activity to do with any dog and how trainers come up with cute tricks. Instead of saying ‘sit’ they hold up a sign with the word ‘sit’ on it and the dog appears to be able to read. With fearful dogs the old cues may never be faded, we may continue to stand up out of chairs or walk in a dog’s direction, but they can lose their potency for causing a fearful response.

Let’s say when you take a step toward a dog she skitters away (keep in mind that moving away can also be a polite response from a dog who is not afraid). The dog may be startled or experiences fear by your movement and goes to a place where they feel less afraid. By helping a dog learn to predict your movements you can lower the level of fear they experience. I use a hand gesture and say ‘go on’. What you choose to do or say is less important than being consistent with it. You can also use a treat tossed away from you to prompt the behavior and put distance between the two of you before you move. The hand movement of tossing a treat can morph into the cue.

After giving the ‘new’ cue, I move. In time the dog learns to move away from me before I take a step toward them. When I do move they are already in a place they feel safer and don’t experience the same hit of fear they did before when I moved and they were closer to me. At this point I can toss them a treat or ignore them. By cuing the dog to get some distance before I move I am removing a startling, scary experience, one which is associated with me. With enough practice this causes two important things to occur 1) they learn they will be forewarned before something scary is about to happen, this helps to lower stress and anxiety 2) their response to me moving is no longer based on fear, the dog will position themselves in the place they need to be for the desensitization and counter conditioning process to continue.

In time the dog may choose not to move as far away, or not move at all. When a treat has been added to the mix moving away becomes a positive experience for the dog and is no longer colored by fear. Eventually we may find that if we don’t cue the behavior and simply move toward the dog they no longer have a negative response at all because all our movement ever predicted was that a treat would be tossed to them.

I’ll be talking about this and other techniques for living with and training a fearful dog on January 21, 2012 at No Monkey Business Dog Training in Bow NH. Find more information here.