Subscribe to Our Newsletter
By fearfuldogsPublished On: September 22nd, 2010 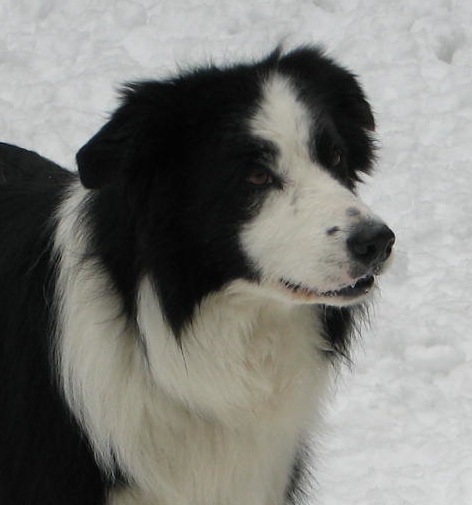 Barking. There’s nothing quite as annoying as a dog that barks when he’s not suppose to. Trouble is that dogs don’t know that when we think it’s ok for them to bark, may be different from when they think it’s ok to bark, or how long to bark.

Add to the mix the fact that dogs bark for different reasons; to alert us to changes in the environment (like the dreaded UPS truck coming up the drive), to draw attention to themselves (hey I’m out here!), because they are anxious (OMG they’ve gone and are never coming back!), because they are excited (yippeee! I’m loving this game!), to get something they want (throw it! throw it!), because they’re suppose to (gotta keep making noise so they’ll know where to find this fox I’m chasing), to keep things away because they are afraid (better not take one more step in my direction buddy) and, well, just because some dogs seem to have more to say than others.

Years ago I had two delightful cocker spaniels. When people would go by the house the dogs would run out the dog door to stand in the driveway to bark at the passersby. My usual response was to rush outside to get them to be quiet. One day as I was shouting at them they both stopped, turned, and with looks on their faces that seemed to say, ‘about time you got here!’, they turned back and resumed their barking. At the moment they stopped to look at me I realized that they did not understand I was shouting AT them and not WITH them. It appeared as though they thought I had come out to join them in raising the alarm. No wonder why my ‘training’ was being ineffective in trying to get them to stop.

We often have unrealistic expectations for our dogs. These expectations are something individual owners should consider and best to think about before a dog is brought home, but most trainers are consulted after the fact, so that’s where we have to start in order to find remedies for the challenge of untimely barking. There are considerations for dealing with any behavioral problems and they apply to barking as well.

1. Assess our expectations for our dogs. Is it reasonable to expect that a dog will NEVER bark? Is it fair to prevent a dog from barking AT ALL by hurting or scaring them when they do? Are there any compromise we can make?

2. To change a behavior we have to stop giving the dog the opportunity to practice it. How can the dog be managed differently so that the barking behavior is either less likely to occur or not occur at all? Can we change their environment so that they are not constantly being exposed to stimuli that cause them to bark? Can we lower their anxiety so they don’t feel the need to bark? Do we provide them with enough exercise and opportunities to use their senses (and bark if they like) so they are relaxed at other times and less likely to have pent up energy for excessive barking?

3. We can’t teach a dog a new behavior if we’re not there to show them what it is we want from them. Even if we are there we often are not training the dog, we are just achieving a momentary break from the barking by getting them to ‘shut up!’. If we use an interrupter to stop a dog’s barking are we following it up with the information the dog needs to learn an alternate behavior?

4. Are we being consistent with our training?

I don’t expect that my dogs will never bark. When something causes them to bark I try to discover why they are barking, more often than not they have a discernible reason for it, and I’m glad to know about it (like the time they found a baby mole trapped in a dog bowl). I acknowledge that I am alerted to what is going on, thank them for the heads up and let them know they can stop. This approach has a high rate of success for routine environmental changes. My calm response to the situation seems to help.

When people come to the house or exciting new things pass by (people with dogs!) I again acknowledge to the dogs that something is worth noting, and then ask them for an alternate behavior. For most dogs it means coming to me and sitting quietly and getting rewarded for that behavior. My fearful dog Sunny is asked to go get his frisbee, so the arousing and potentially scary people are associated with something that is very positive for him. We’ve practiced this enough so that he will now bark a few times and then run and get a frisbee on his own. This is an example of using environmental cues to get a dog to perform a behavior we like.

When I board dogs that are inclined to bark at every chipmunk they see or rustling of leaves they hear, they are brought inside. This isn’t done as punishment but acknowledges the fact that for this dog the stimuli is too much for them to experience without barking. It isn’t fair for me to expect a dog like this to be outside and not bark. For Molly, a sighthound mix, watching for squirrels is sport. She’d make a great hunting dog for someone, but her talents are not appreciated by the neighbors.

When it comes to excessive barking it may pay to focus on the ‘whys’ of the behavior first and then consider ‘how’ we can change it.

This post was written in collaboration with the Never Shock A Puppy Campaign. Inspired by Be The Change the campaign is raising money for an approved shelter. You can make a donation and know that your money is going to an actual shelter doing actual rescue work (as opposed to a hoarder).