Subscribe to Our Newsletter
By fearfuldogsPublished On: July 20th, 2012 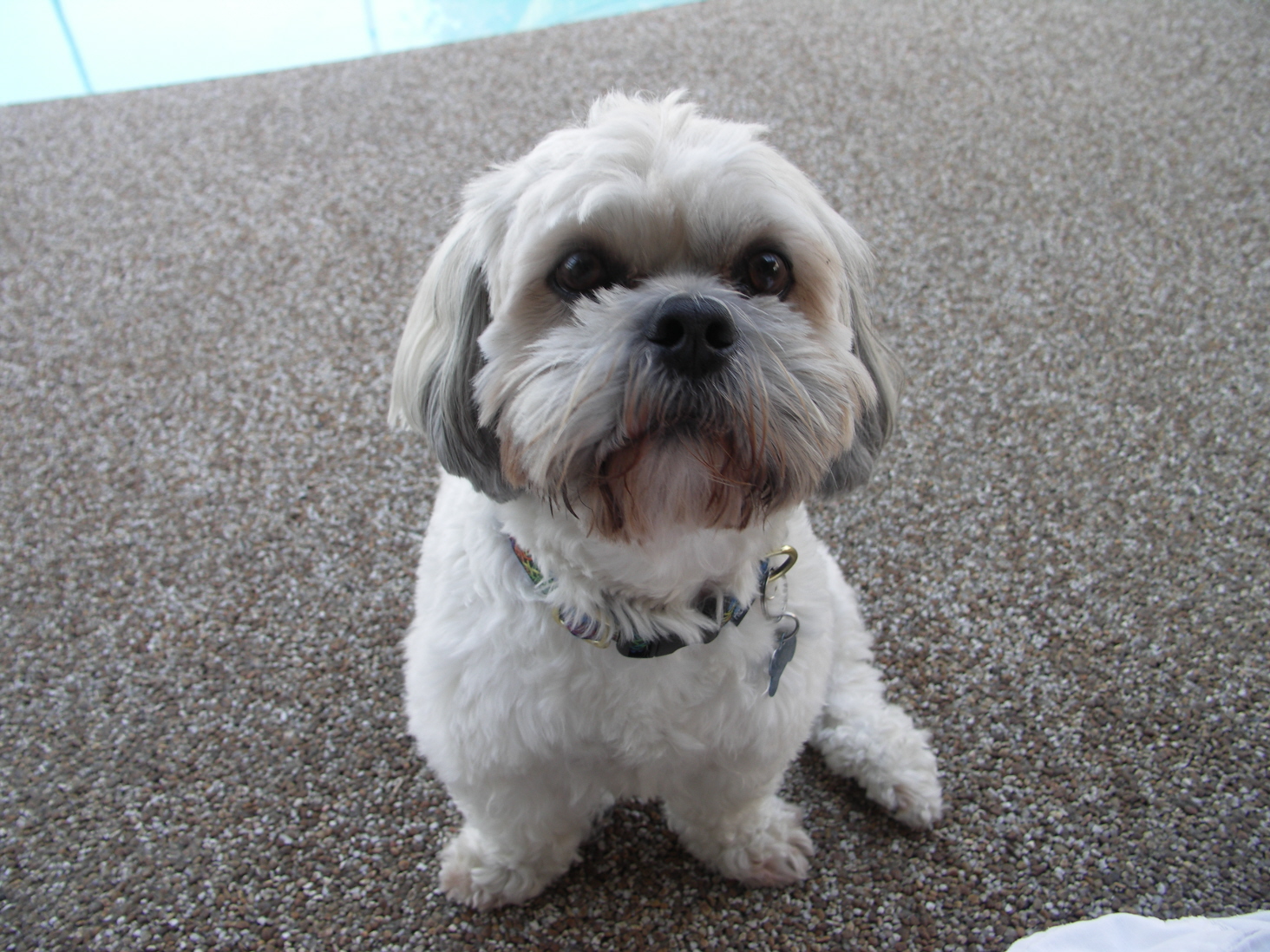 At the vet with Finn, who was having his second chemotherapy treatment for lymphoma, I chatted with one of the techs, who was also a dog walker. She mentioned a client’s German Shepherd, I said how I always wanted one, but so many seem to have behavioral problems. Her reply was that for her the worst were small, white dogs, because they are ‘spoiled’.

She’d been bitten twice by small, white dogs so I could understand that she’d come to the conclusion that small, white dogs could be problematic. But because they are ‘spoiled’? I wondered how many pet owners ‘spoil’ their dogs by letting them bite people?

When I think of ‘spoiled’ dog behavior I think of the dog who gets muddy paw prints on your pants when they jump up to greet you. Or the dog who drools in your lap while you’re eating because they’ve been fed at the table. Most of the behaviors I associate with having been ‘spoiled’ may be annoying or unwanted, but they’re not necessarily dangerous, especially when performed by a small dog.

It’s not unusual to hear someone comment that their dog ‘thinks he’s a big dog’ because of the intensity and ferocity of their display of aggression, either toward people or other dogs. No doubt there are dogs who don’t do the math when they are faced with someone who outweighs them by double digits. I suspect terriers are like this by design. The others are likely well aware of the imbalance and are doing their best to make up for it.

Few people or dogs will continue to approach or attempt to interact with a large dog who is expressing their desire that they be left alone. Small dogs are not as fortunate. Videos by the hundreds can be found of small dogs snarling and lunging at people and the camera. People think it’s funny, but it’s no laughing matter. Dogs end up dead because of this behavior.

One of the behaviors associated with a fear based response is ‘freezing’. A small dog who has been overwhelmed by someone may offer no resistance. This can look like tolerance or compliance to the uneducated eye. Since the dog was ‘ok’ with being handled in the past, they are handled again in the future. If fleeing isn’t an option, and freezing didn’t get the point across, they may become aggressive. Some will bite. To ‘spoil’ the dog at this point, and move them away from what is bothering them or tossing them a few treats, might improve the situation.

When we experience aggression in dogs, whatever their size, we can feel fear and anger. If we justify our response by blaming the dog for it we step on a slippery slope, especially if that response is devoid of understanding of what might have provoked the behavior we are seeing. If a dog behaves aggressively toward you and you are inclined to blame the dog or the owner for it, take a step back, both literally and figuratively, and consider how your actions are contributing to the problem. It takes two to tango.