Something else is sometimes nothing

Subscribe to Our Newsletter
By fearfuldogsPublished On: October 3rd, 2011 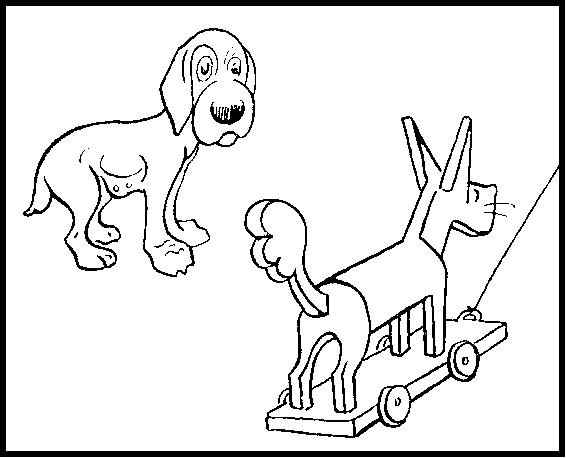 Some dogs are afraid of stuff. Stuff they are unfamiliar with, stuff they see routinely. Some are ok with stuff inside the house, but not stuff outside. Other dogs are ok with ‘things’ but not people or animals. Trying to get fearful dogs to stop being afraid of anything is challenging and I am often impressed by how many people truly want to try. And they try. And try. And try. I am almost inclined to believe them when they say they have tried ‘everything’. A dog who has been around the mill, as the saying goes, may have been subjected to a variety of different ‘techniques’ to rid them of their fears by the time they end up in our laps, or more likely, in a corner somewhere. Often the first thing we need to do is, nothing.

Create a space where the dog feels safe, however best you can. If a dog wants to hide, let them hide. If they prefer being outside and outside is an option, figure out how to make that happen. We don’t invite first dates into our home and ask them to empty the dead flies out of the light fixtures. We make them comfortable. The flies will still be there later when maybe we can convince them to climb up on the ladder for us.

If a dog is afraid of people, don’t be pushy. There are not many things more unattractive than someone trying to convince you about how wonderful they are. Make a mental note to avoid them at the next dinner party. Find a distance away from the dog where you can sit and make yourself interesting and safe. Sit and eat a roasted chicken, occasionally tossing a chunk to the dog. If the dog eats it, fabulous, if not, get up and leave. On your return do you notice the meat gone? If so, sit and eat some more, toss some more and leave again. Don’t interact with the dog, they’ve already declined your invitation for this dance, don’t embarrass yourself by asking again……yet.

It should go without saying, but I’ll say it anyway, that just because something has worked with one or one hundred dogs doesn’t mean it will work with the dog you are working with now. They are all different and the level to which their brains have been compromised either by experience or the lack of it may remain a mystery to you. Don’t let your impatience or time schedule bump up against biology, there’s a good chance you’ll lose, which is also the dog’s loss.

Even extremely fearful dogs can be taught new skills to help them live comfortably in their world. But in the beginning of the journey, less is often more and the something else you can do is often nothing.