Subscribe to Our Newsletter
By fearfuldogsPublished On: May 11th, 2009 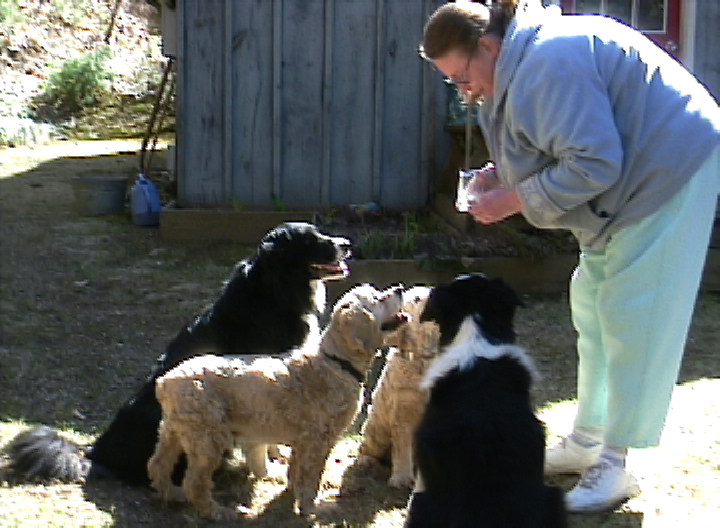 Early during my search for information about how to help my fearful dog Sunny, one rescuer of border collies told me that she ‘didn’t have the time that I had to work with her dogs’. Her point was that all the DS/CC I was doing might be nice but just making dogs deal with things worked for her, and was faster. I never doubted her success, though I had to wonder if she was working with dogs as shut down and lacking in skills as Sunny.

I have always wondered if I was taking things too slowly with Sunny, but recent conversations with trainers of fearful dogs seem to support my approach. Too often owners and trainers settle for a dog’s ability to ‘tolerate’ its triggers and move on, rather than continuing to work with them until they get to ‘completely comfortable’ with triggers, or even to ‘loving them’ if that is ultimately possible.

Imagine if when you asked the owner of a large breed, guard dog, if you could pet their dog, and their response was, “Sure, he tolerates people most of the time,” compared to, “Sure, he loves people,” would you feel safe with that dog? When someone asked your partner, spouse, or family member how they felt about you and they replied, “Oh I tolerate her,” are you as pleased as if they had said, “I enjoy nothing better than being with her.”?

Suzanne Clothier commented at a seminar that when working with a scared or reactive dog the process should be like ‘watching toast brown’, so gradual that the improvements are barely perceptible. This is not to say that one won’t ever see leaps in progress with their dog, but most often the kind of changes we want to achieve with our scared dogs occur slowly. It is tempting to get to ‘tolerate’ and want to plunge on ahead, increasing our dogs’ exposure to their triggers.

Only I know Sunny well enough to determine how much he can handle and when tolerating something just isn’t enough (vet visits are usually only tolerated by even the most stable of dogs). When it comes to his feelings about people I will not feel safe unless his emotional response to them is joyful and enthusiastic, anything less than that and we run the risk of set-backs or worse, aggression if I increase the pressure on him to be near them. I continue to see improvements in Sunny’s behavior around people, but each step forward brings new training challenges, but fortunately both of us do much more than tolerate each other and I hope he’s as happy with the company he’s sharing on this journey as I am.