Teaching A Dog To Play

Subscribe to Our Newsletter
By fearfuldogsPublished On: November 23rd, 2009 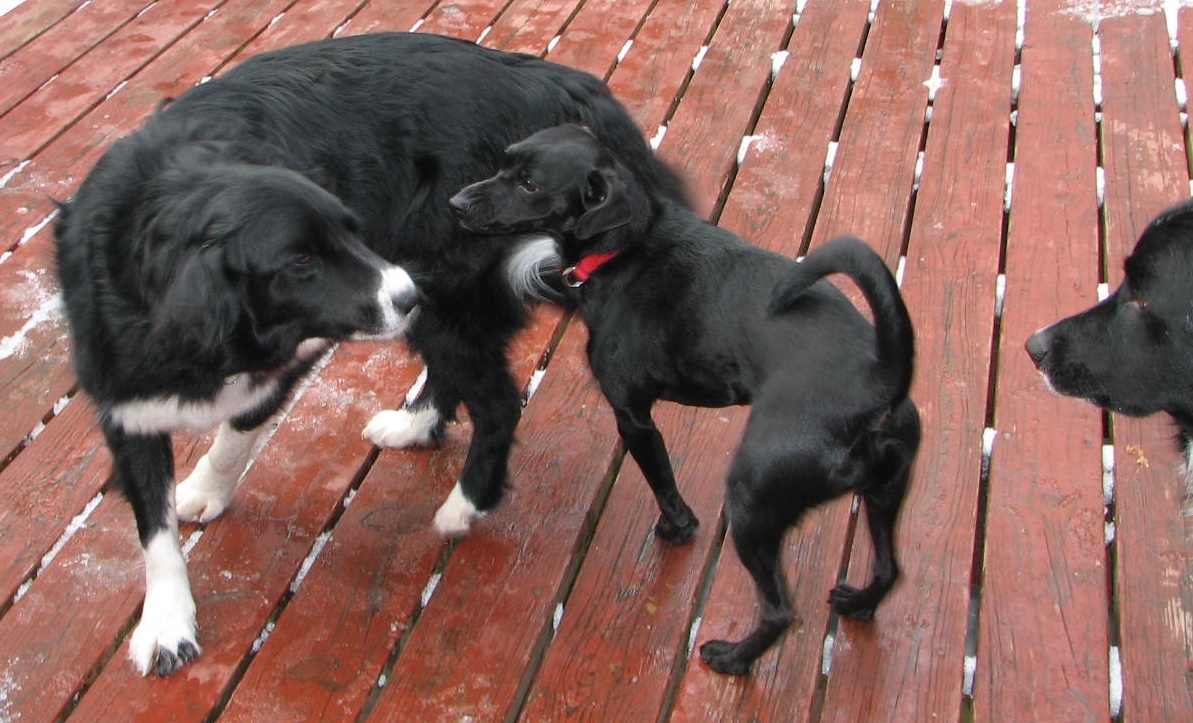 Sunny making up with Derby

To answer the question though, the best way to teach a shy dog to play with another dog is to find a playful, socially adept, non-threatening dog to give the lessons. Watching dogs play is fun and an easy way to get them exercised, but if a dog is afraid of other dogs, is an older dog, or never had the chance to play with other dogs, it might be simpler and less stressful to all involved to find other ways to play. Dogs don’t have to play with other dogs to get along with them or feel comfortable with them.

We say ‘different strokes for different folks’ and the same is true for dogs. My shy dog Sunny grew up in a pen with other dogs, he is a playing fool and adapts his style of play to suit his playmate. I’ve watched him play with Italian Greyhounds and Great Pyrenees (not at the same time!). The newest addition to our household, a five year old female Cocker Spaniel, appears to try to engage dogs with playful intent but it’s too aggressive for most and usually backfires. I actively discourage her from trying to play with other dogs, and she’s fine with this because her attempts often end badly for both dogs. Perhaps there’s a dog out there that would be a good match for her, but I’ve yet to find one. In the meantime she’s content to go for runs in the woods with other dogs, chase balls and gnaw on stuffed toys. I don’t think she suffers from the lack of dog play at this point in her life, though earlier experience with a well mannered player might have made her better at it.

Rough and tumble play between dogs is important for social development but not if a dog is uncomfortable with it or becomes too aroused by it. If you’re not sure what is appropriate and fun play between dogs find a trainer who can help you learn. If your dog doesn’t want to play with other dogs, don’t worry about. Try to find ways that you can become your dog’s favorite playmate.