Subscribe to Our Newsletter
By fearfuldogsPublished On: May 12th, 2011 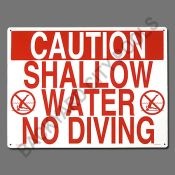 It’s hard not to do, and invariably we do it. We are working with our dog and getting good responses and rather than quit while we’re ahead we push, one more time. When trying to work on a behavior modification protocol with a fearful dog (whether they are prone to fleeing or fighting), we give them another opportunity to behave inappropriately, i.e., to fail.

Even though my dogs do know that something good is afoot when they smell the treat roll being sliced, or hear a clicker being used with another dog, a dog that is being worked with to change challenging behaviors does not know that one minute we are training and the next we are just trying to get from the car into the house. I was reminded of this when I was showing a client with a reactive-to-people dog, how to do set-ups in a parking lot or area where there was not likely to be a lot of foot traffic.

The goal for this dog is to be able to walk through town without barking and lunging at people. Because he is small enough and easily controlled on leash, the owners thought they could work on the behavior using the ‘look at that’ protocol, with the dog under threshold sometimes, and the rest of the time, they’d take their dog into town as they’d been doing. They’d use LAT if they could on these walks, or otherwise they’d restrain the dog as they had practice doing.

This is like taking a kid you are teaching how to swim and tossing them into the deep end of the pool some days and giving them a kick board and asking them to blow bubbles on others. Even if you’re there to drag them sputtering and gasping to the shallow end on those deep end days, it’s not helping them learn to swim or feel very good about being in the water.

Imagine being told by a friend they want to stop drinking-

“Great goal!” we say, “How about we meet at the pub to talk about it?”

Um. Bad idea. We wouldn’t do it. Why set someone up to struggle and run the risk of failure?

One day someone with a drinking problem may be able to sit in a bar and raise a glass of tonic water in a toast while surrounded by gin & tonics and whiskeys on the rocks, and feel no inner struggle. But until that day, we can be a good friend and not put them in situations which draw on the need for skills they do not yet possess.