The One Dimensional Dog

Subscribe to Our Newsletter
By fearfuldogsPublished On: May 16th, 2012 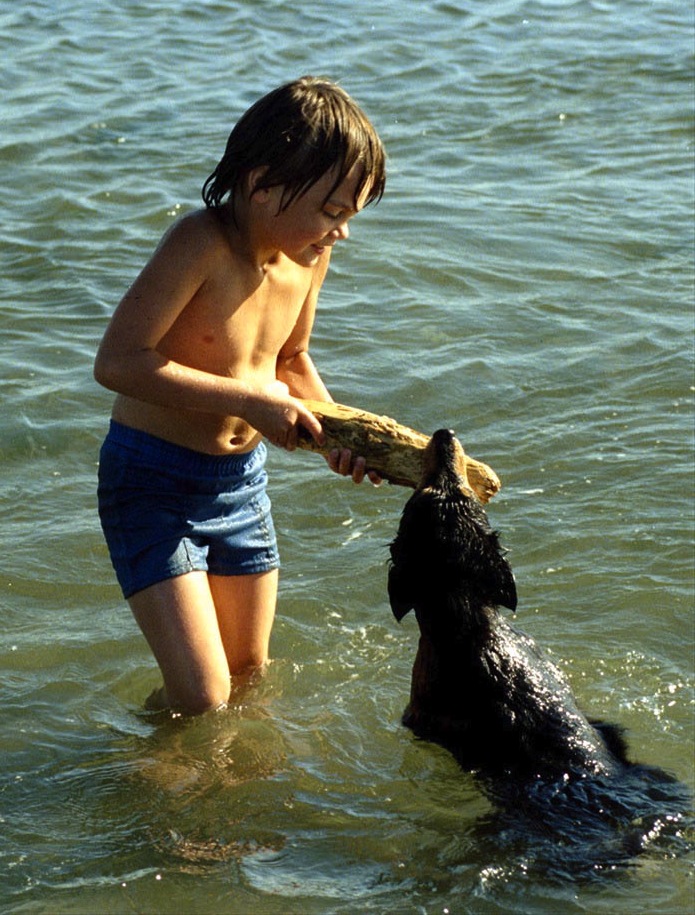 Play or a contest of dominance?

The last few weeks have left millions of dogs feeling the way I’d feel with my parents at a dinner party where other parents were talking about their kids getting ready to attend medical or law school, after they finish competing in the Olympics or return from the junior astronaut program at Cape Canaveral. The social media outlets have been rife with stories of dogs; dogs pulling unconscious owners off of train tracks, getting their families out of burning houses, grieving at gravesides, raising litters of kittens or piglets or the odd squirrel, guiding blind dogs, even winning the grand prize in Britains Got Talent show. How the heck is a pet dog suppose to live up to that?

The complete irony is that while dogs are out there being heroes, performers, parents, and damn good friends, the range and sophistication of their abilities remains unrealized by many of us, not least of all by the very people who should know better; dog trainers, or as some label themselves, rehabilitators or psychologists. When dogs behave in ways we approve of we ascribe them with emotions and behaviors as varied and rich as our own. They are selfless, loving, brave and intelligent. Should they behave in ways we do not approve of they are……dominant. Growl at a person to keep them away-dominant. Jump up on someone in greeting-dominant. Rush out the door to explore the latest scents-dominant. Pull on the leash because the world beckons-dominant. It would be funny, except that it isn’t.

When trainers and owners see dogs’ behavior through a single lens they not only do a huge disservice to the dog, it’s an insult to the animals who will sit for years at a train station waiting for their never-to-return owner to step off the car. If you’ve ever been the victim of a misinterpretation of your behavior and intentions you know how upsetting it can be. It’s a popular theme of many movies, the protagonist, accused and prosecuted for a crime they did not commit spends the next hour and a half risking their life to prove their innocence. As a kid my habit of leaving dirty dishes in the sink was interpreted as a way to ‘upset my mother’. Though a therapist might disagree, my real issues were laziness and immaturity. The biggest impact of the mislabeling of my lack of dishwashing behavior was that my parents took it personally, and it was upsetting to them on a whole different level than it might have otherwise been.

Does the desire to be dominant exist in dogs? It does, to a much lesser degree than currently being touted, but the desire to cooperate, avoid conflict, play and have a friend, also exist. Misinterpreting and labeling a dog’s behavior as ‘dominant’ often causes them be treated in ways that range from merely inappropriate to downright cruel. This can lead to a further degradation in their behavior and unfortunately in the scripts of many dogs’ lives there is no last minute reprieve from the governor.