The Way We Were

Subscribe to Our Newsletter
By fearfuldogsPublished On: June 24th, 2013

Recently I added a scanner to the array of equipment cluttering my desk. I am working on a project for the family which includes scanning old photos. It’s been fun to look at the images of the dogs I’ve lived with, and will continue to enjoy subjecting my Facebook friends to them.

Memories of each dog include a lightbulb moment or two when I learned something about them and their behavior. Samantha was a fox terrier we were given by cousins who didn’t want her. She had been relegated to life in their garage and when our dog Blackie died, we didn’t stay dog-less for long.

Home for lunch from grade school, I took Sam for a walk around the neighborhood. I dropped the leash accidentally when she pulled and off she ran. I was wearing a pair of fish net stockings (this was before the days of pantyhose). I had fashioned a garter belt out of a pair of my father’s sock garter’s and as I ran screaming after Sam the stockings and garters slid down my legs and puddled around my ankles. I was scared and angry as I ran shouting her name. I returned home in tears without her. It wasn’t long before she returned and I yelled at her for running away. She cowered and even in my pre-developed, pre-frontal cortex, there was a glimmer of what would make perfect sense to me later, and that was that she didn’t understand the specifics of why I was shouting at her. She had come back, I should have thanked her.

For my 16th birthday I was the recipient of the best gift I can image ever getting, an 8- 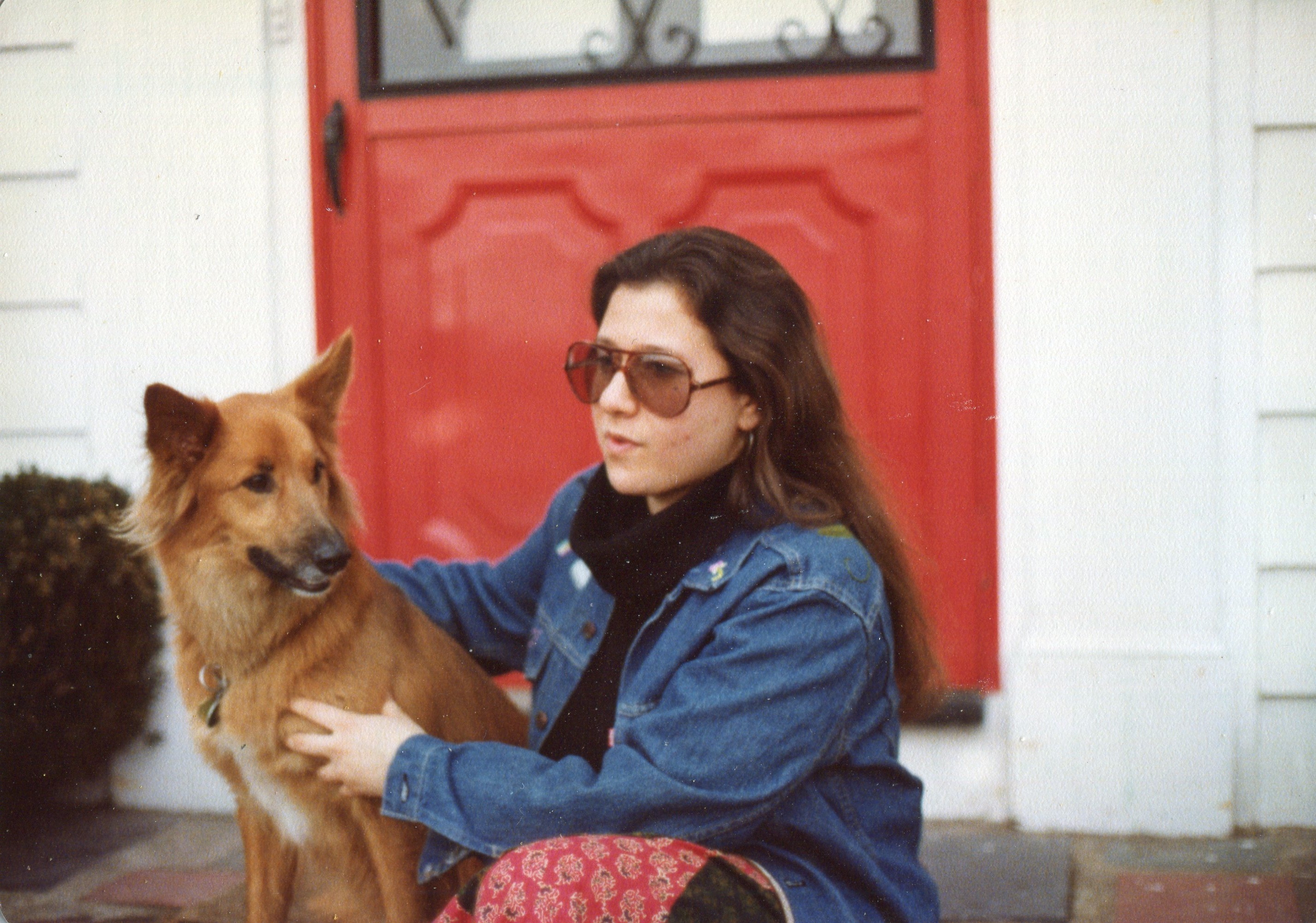 week old puppy. It was love at first sight and I slept on a couch in the basement because my mother did not allow dogs upstairs in the bedrooms. I named her Treble and brought her with me whenever I could, including on the subway into the Boston Common where she was delighted to chase squirrels back into the trees. It never occurred to me that she wouldn’t come when I called her, she would spin on a dime mid-chase, to return to me. I knew nothing about training or positive reinforcement. All I knew about was adoration, and I think it was mutual.

When Treble died I was heart-broken and when an adolescent stray dog arrived at the summer camp where I was working it wasn’t long before he was my dog. I called him BC (he was wearing a blue collar) and unlike Treble, he had no recall and I had no idea how to teach one. Many a time I would have to sit and wait while he ran around exploring until he’d had his fill. I discovered that if I ran away from him, as though off on my own pursuit of adventure, he’d follow me. Years later when I was shown how to do this in a dog training class I smiled at the memory of BC stopping to look at me quizzically before deciding to change direction and run after me. 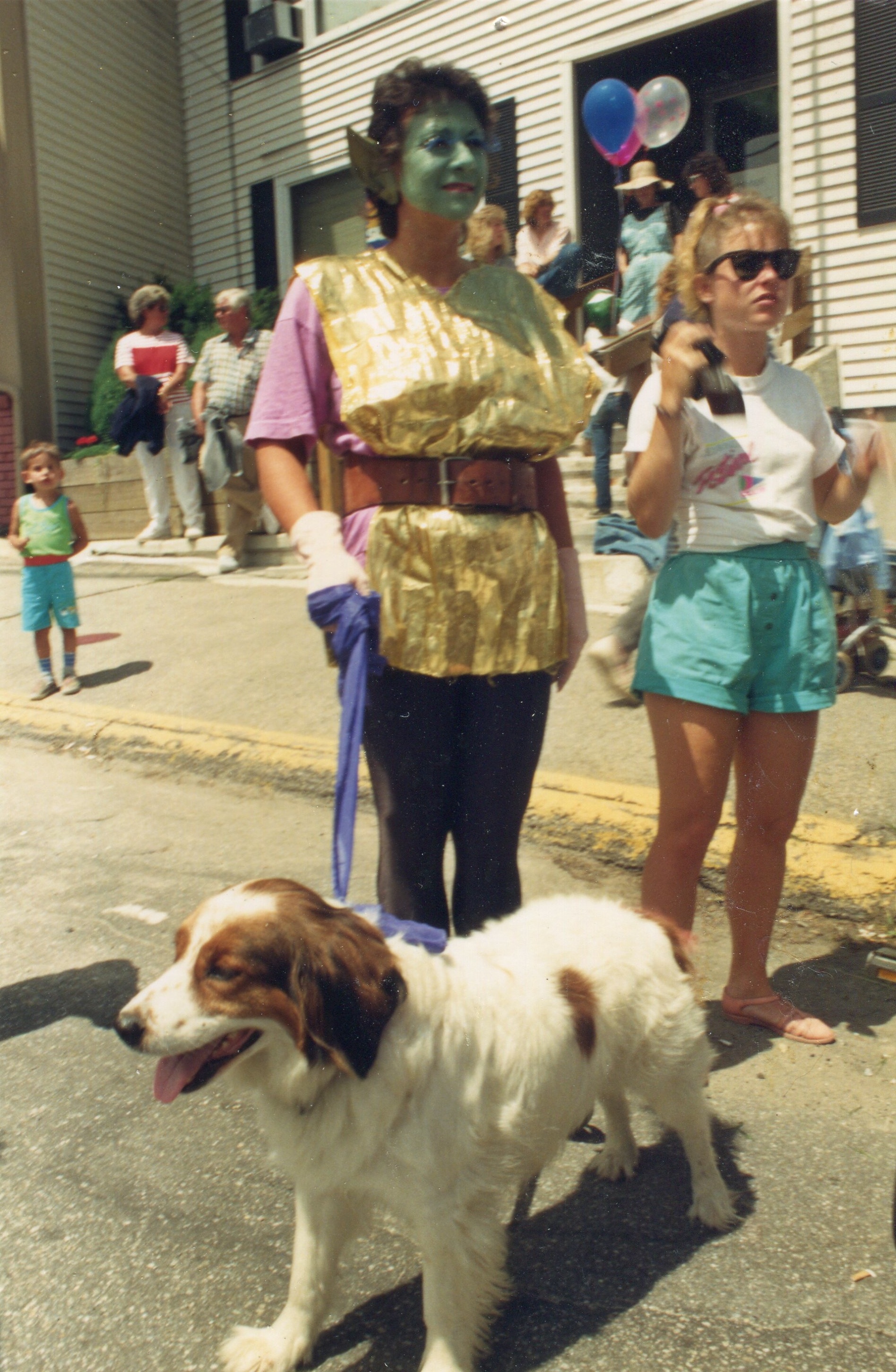 He also taught me about appeasement gestures, that guilty look that people think their dog is making because they understand that they misbehaved. When confronted BC would lower his head and squint, something which I found utterly charming and I could never stay angry with him for long. One day I confronted him with, “What did you do?” even though he’d done nothing, and in return he squinted. Having done nothing wrong, why behave as though he had? Something else must have been going on, and indeed it was, he was displaying behaviors designed to get me to stop scaring him. So I did.

These are just 3 of the dogs who I shared some time with on this planet. With each I have found myself wishing that I knew then what I know now. I suspect that will be true for every dog I live with, present and future.