Subscribe to Our Newsletter
By fearfuldogsPublished On: October 6th, 2013

For dogs without fear-based challenges it may only take one introduction for the dog to feel safe with you. For others it might require a dozen, and for another hundreds. This is likely the reason many fearful dogs are able to be ok with their primary caregiver(s). There are enough repetitions of positive interactions to tip the scale in their favor. We can’t know how many reps it will take for an individual dog so just keep on adding to the total.

Today on our woods walk I watched as the scale began to tip in John’s favor. For years John rarely joined me and the dogs on our daily walks. But lately that’s changed. Initially I handed out the treats when Sunny stopped and eyed John warily. One day I started doling out handfuls of treats for John to dispense to the dogs, tossing them on the ground for Sunny. I took my chances the next week and handed him a bag of treats and watched as he increased the number of times he stopped and fed the dogs. Sunny began to spend more time close to John looking at him expectantly for treats. 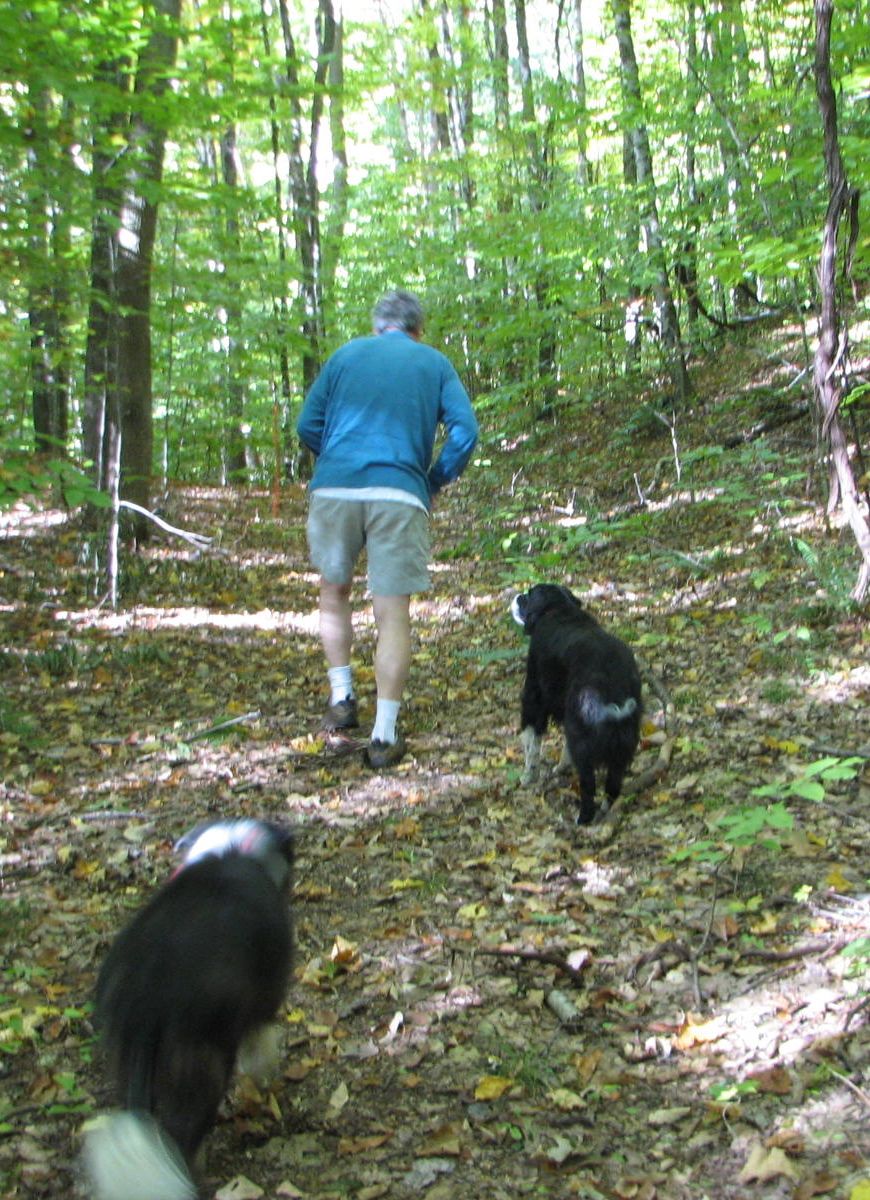 The years of coaching (ok, call it nagging if you will) John on how to avoid making eye contact, leaning toward, or reaching for Sunny actually paid off as John noticed how something as simple as turning his head away from Sunny made it possible for him to take a treat from his hand. Both players were being reinforced for their behavior. Sunny got treats and John discovered that fabulous feeling of watching an animal begin to trust you.

Today I noticed that Sunny decided to sit, granted a safe distance away, and wait for John while he worked on building a log bridge over a small stream. I had continued on with the other dogs and was surprised to find the only one missing was Sunny. Even after Sunny caught up with me he returned to John three separate times.

The journey isn’t over for them but gone are the days when Sunny had to shadow us in the woods, too afraid to stay on the trail with John. Call it a milestone or a miracle.