We’re not out of the dark yet

Subscribe to Our Newsletter
By fearfuldogsPublished On: May 12th, 2011 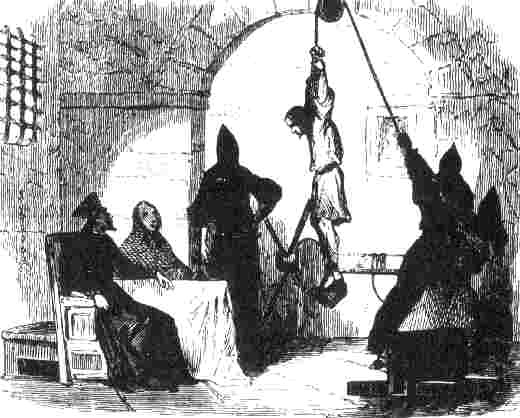 I have been struggling this week with a website a friend shared with me. On the site a ‘trainer’, who seems to boast no qualification other than maybe owning the boxed set of TV’s The Dog Whisperer DVDs, proudly describes and documents with chilling videos, how a ‘dominant’ dog was put in his place.

The dog, a breed which is known for its wariness and tendency toward being hypervigilant has shown an unwillingness to perform behaviors on cue ‘unless he feels like it’. He has resorted to biting on multiple occasions, including members of his family. The dog’s unwillingness to go for walks is ascribed to the dog’s desire to be with his ‘subordinates’, i.e., the people he lives with. The dog, supposedly a power hungry maniac, ‘whines anxiously’, and pees when spoken to in an angry tone of voice. Both tactics employed by the stealthiest of confident dogs apparently. The author deserves an award in fiction, because the entire piece is that, fiction. The cause and motivation of the dog’s behavior has been ‘made up’ in order to fit the author’s view on dog ‘psychology’, that being the desire of dogs to wield power in relationships.

The videos included are painful to watch. The dog appears to have on two collars, one of Cesar Millan’s illusion collars and a choke collar, and in order to balance the playing field, a slip-on muzzle which the dog was forced to wear through 4 hours of coercion and abuse (keep in mind that a slip on muzzle, unlike a basket muzzle does not allow a dog to pant and breathe normally). Watching a dog fall to the ground to avoid being made to move is wrenching. Yet the trainer sees it as one more tactic of a manipulative, dominant dog resisting the will of the true ‘pack leader’. As the dog lies on his side in a last ditch effort to avoid going anywhere, the handler (for I have ceased to be able to call her a trainer) pulls the dog’s tail out from between his legs to ‘change his energy’. Skip the certification for dog trainers, let’s require IQ tests as a start.

Finally, after 4 hours of being pulled, dragged and forced to comply, and no video tape left to film in the dark, the dog walks along with the handler.

When someone is caught on videotape abusing a dog there typically follows a round of petitions calling for the perpetrator’s arrest. Yet cyberspace is replete with images and videos of dogs being abused and no one bats an eye. They don’t bat an eye because the abuse is labeled ‘training’. There was a time when people argued that animals did not feel pain, and this justified and excused the most horrific of treatment. Few would debate that issue today, accepting that dogs have nerves, and those nerves register painful stimuli. It is accepted that dogs experience emotions, and one of the most obvious emotions we can observe in dogs is fear. That anyone with a heart, nevermind a brain, could subject a fearful dog to hour after hour of torment is beyond me.

I am reminded of Augustine’s words, “Since God has spoken to us it is no longer necessary for us to think.”

Apparently we are not out of the dark ages just yet.

* I have not included a link to the site because I do not want it to get any additional hits.