Subscribe to Our Newsletter
By fearfuldogsPublished On: May 8th, 2013

I stood in front of the copy machine, not so silently cursing the manufacturer, the store where I purchased it, and the salesman who recommended it. The darn thing wasn’t working. I pressed the number of copies button, hit the start button and nothing. It didn’t work and if that wasn’t bad enough, after setting it up I was going to have to pack it back up again and return it.

The owner’s manual sat unopened on the desk next to the machine. I hadn’t bothered to read it. Why should I? I’ve been using copiers since they were called mimeographs. I practically grew up using them helping my father produce newsletters for his business. It was just a copy machine for heaven’s sake, how difficult could it be. Fortunately I didn’t embarrass myself by picking up the phone to complain to some poor tech support in India. Instead I read the manual. As it turns out the “start” button was not the same as the “power” button. Tucked behind the machine, out of my sight was the all important on/off button that changed the course of my day. This was nearly as bad as the time I called in an electrician to repair a light fixture because I hadn’t screwed in the bulb tight enough.

Many of us assume that because we have lived with dogs all of our lives that we know how they work, what makes them tick. And unfortunately for many of us if we picked up an owner’s manual written by someone without the requisite background and understanding themselves, we’ve been led astray and our lack of success in getting dogs to do what we want is seen as their flaw, not ours or the method we are employing. When this happens the labels start getting slapped on the dog. They’re dominant, submissive, red zone, vindictive, stubborn, lazy, stupid, etc., ad nauseam.

When we are trying to help fearful dogs not be so fearful the way we do this is through counter conditioning, which means we change how the dog feels about the stuff that scares them. It’s not easy and depending on what it is they are afraid of, we may have limited success, but at the end of the day, it’s what we’re doing. How we go about trying is important. The most important piece of this training puzzle is that the scary thing needs to predict a good thing, before the dog has a chance to experience the fear of it. Given how quickly brains and bodies respond to things that scared them in the past, this isn’t always easy or possible. Sometimes we can get away with having the scary thing be not so scary by keeping it further away from the dog, or making it go away sooner rather than later. But we have to quickly follow its appearance with whatever we are using to counter condition. This is usually some kind of yummy food or a toy the dog loves.

We know that we do not reinforce fear by providing a dog with comfort, food or a toy. This is because when we present something to the dog that they like, immediately after or while they are experiencing the scary thing, we are counter conditioning, not reinforcing. But this will only be the case so long as the scary thing is not so scary that the dog can’t begin to feel good about the treat or toy. If I was in a car crash and someone walked up to me, my knees shaking, tunnel vision setting in, heart racing and stomach turning, and they handed me my first Publisher’s Clearing House check for a million dollars, I’m still not likely to learn to love being in car crashes, even if I wasn’t killed or injured. We also know that the emotional response of being afraid can be made worse if we don’t intervene soon enough or do something that contributes to it, such as yelling at the dog, poking them, yanking on their collar or  shocking them. 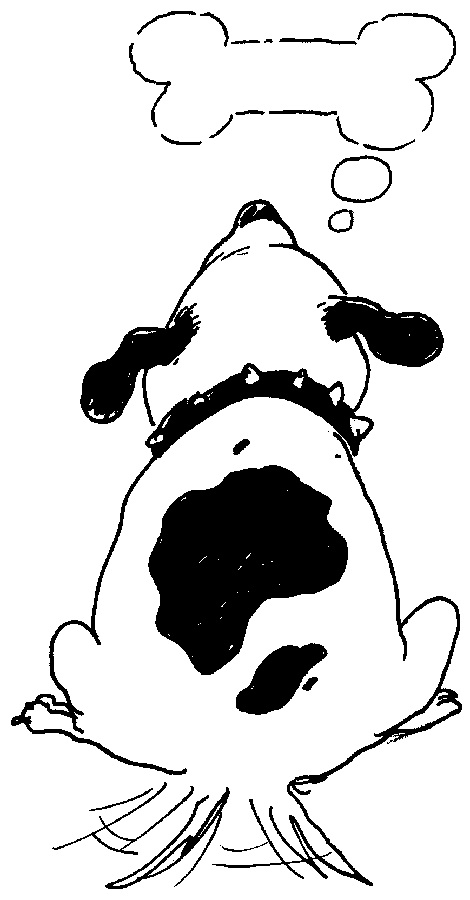 (the CS). One of the reasons this occurs is because they are waiting for an appropriate behavior to reinforce. This is not to say that rewarding a dog for an appropriate behavior is wrong, but that if you wait too long for that behavior you run the risk of the emotional response the dog is experiencing, becoming stronger or more intense so when you finally do introduce the reward its counter conditioning “power” is lost. This is the case whether you are using positive or negative reinforcement to create an alternate or incompatible behavior. For some dogs even waiting for them to turn and look at their handler takes too much time and their negative emotional response is too strong to change given where you are and what you are using as a reward.

Once the treat or toy has been paired with trigger it is often possible to switch to rewarding for behavior so long as the dog continues to feel happy and safe in the presence of the trigger. When this happens we can start to build duration in the dog’s ability to remain in proximity to the trigger, or to changes in the trigger’s behavior. When it comes to addressing fear in dogs, what are you waiting for?