Subscribe to Our Newsletter
By fearfuldogsPublished On: July 26th, 2013 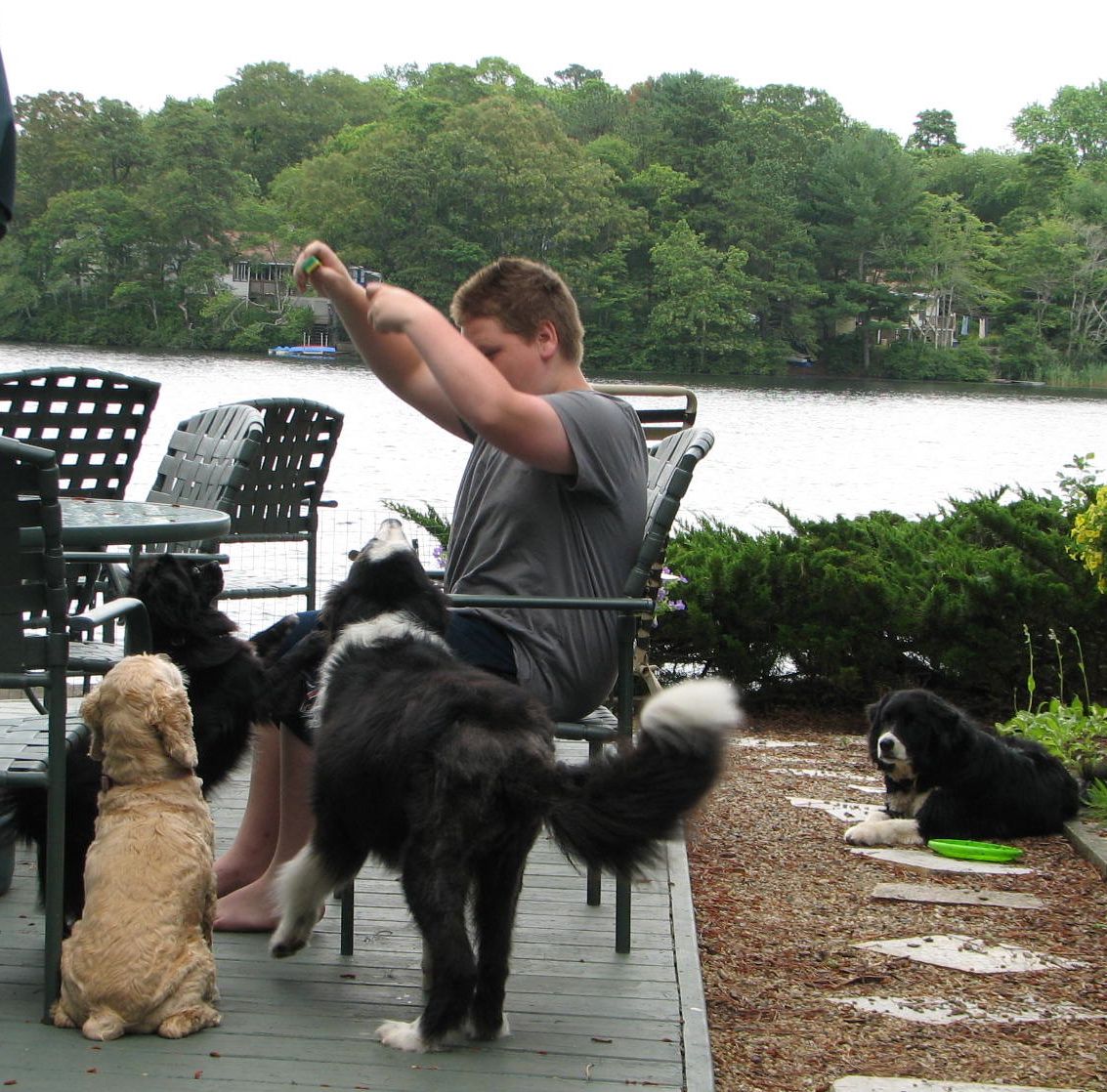 The neighbor kid has enjoyed learning how to train dogs

For the past two summers I’ve been staying with my mum near Cape Cod. I know that having her youngest, and least fastidious daughter come and stay along with her four dogs is a challenge for her, but it’s a trade-off she’s had to make. Despite needing to spray the couch with Febreeze every day (Sunny’s preferred sleeping spot) I think she actually enjoys having them around. There’s no need to worry about whether she’s locked the doors at night. There’s not an icicle’s chance in hell that anyone would be able to so much as walk to the door, let alone actually open it without a chorus of barking. That chorus is another issue, but it’s getting easier for the dogs to end them when asked. Having a new home for the summer requires some adjustments for them as well.

Overall it’s been good. I have been able to see the skills they’ve developed and which need more work. There are more people coming and going and not only does that require more effort on my part to manage them it actually gives me the opportunity to practice the behaviors I want with them. Both Nibbles and Annie have learned to cut down on their initial barking and Nibbles has also learned that yapping and snapping after someone who gets up or walks by is not a good choice to make. I started by using lots of treats for recalls and sits and then added in a brief time-out (about 5 seconds alone in the bathroom) for infractions. Nibbles was a quick study but Annie has a more difficult time not voicing her opinion on things. Sunny is put in a place where he feels safe and where he cannot move toward people arriving.

A time-out is a form of punishment. We take away the dog’s opportunity for reinforcement (barking is very reinforcing for many dogs) by removing them from the situation and then returning them so they have the chance to behave the way we want them to for some other form of reinforcement, in our case it’s food. It can take a few trials for the dog to figure out why they are being walked off to the bathroom (or wherever you choose to put them) so don’t get frustrated or upset when you have to repeat the process. With Annie it’s a tricky one because if left there too long she’ll start barking to be let out, and I don’t want to have to deal with getting that to stop because I’m doing this when we have guests (which is why they are barking) so I’m juggling welcoming people into my home while I’m picking up leashes and leaving the room. But I would prefer to do this rather than shout at the dogs to shut up, which can also work. One reason is that I don’t like to yell and another is that I don’t want to make the association between guests and being yelled at for my dogs. So long as they don’t bark they are welcome to stay, maybe even get a treat or two from me or a dog-loving guest.

I hadn’t planned on writing a training post this morning. I wanted to share the photo of me in my rowboat (which we’ve had since I was a kid) along with 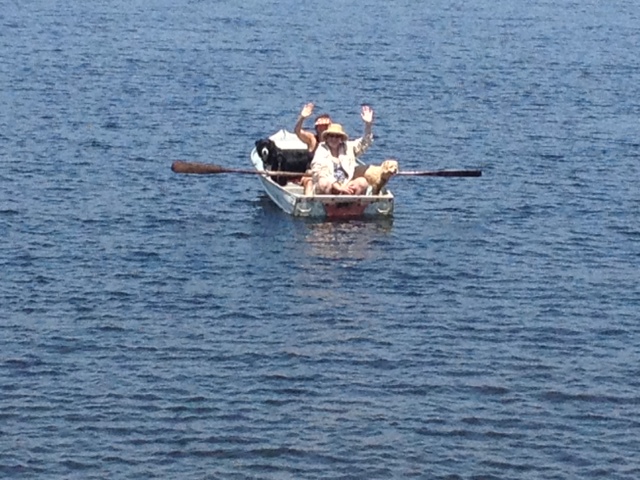 some friends. Even Sunny managed to climb in for the ride. I also wanted to invite those of you who may not know about it to like the Fearfuldogs.com Face book page. I try to post something fearful dog related there every day for education and inspiration.

I will also be traveling this fall offering full-day seminars on fear-based behaviors in dogs and the most humane and effective ways to help them.

For my friends in the northern hemisphere I hope you are enjoying your summer and the living really is easier.